If James Dickey Were Alive Today, He Would Be So Ready for Football Season

Share All sharing options for: If James Dickey Were Alive Today, He Would Be So Ready for Football Season

We in Bulldog Nation have many reasons to be uncomfortable with James Dickey, the late National Book Award-winning poet. 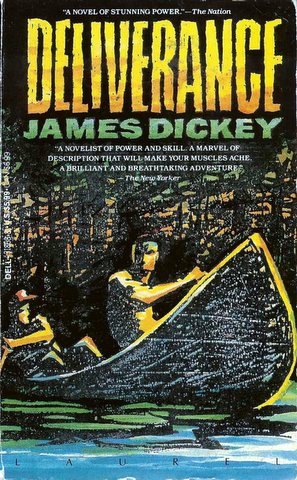 For one thing, he didn’t portray Georgians in a particularly flattering light.

Dickey, after all, had a seemingly unbroken string of ties to the Bulldogs’ historic rivals: he regularly attended Georgia Tech track meets and football games as a youth; after studying briefly at Clemson in 1942, he served in the military and returned to higher education as a student at Vanderbilt from 1946 to 1950; he taught at Florida in the mid-1950s; he spent the fall term as the Franklin Foundation Distinguished Lecturer in the Humanities at Georgia Tech in 1968; and much of his later career was spent as a professor and poet in residence at South Carolina.

Nevertheless, he produced some great verse, even if he had questionable tastes in collegiate allegiances. Here are one James Dickey poem and an excerpt from another that seem apt here on the eve of the 2008 football season:

I see the tree think it will turn
Brown, and tomorrow at dawn
It will change as it thinks it will change,

But faster, bringing in orange,
And smoking the king-killing gold.
The fire of death shall change colors,

But before its rich images die,
Some green will be thought of in glory.
The dead shall withhold it until

The sleep of the world take on
The air of awaiting an angel
To descend into Hell, and to blow

With his once-a-year breath upon grass roots,
And deliver the year from its thinking
To the mindless one color of life.

They expect and hope for

Something totally other:
That while they staggered last night
For hours, they got clear,
Somehow, of the city; that they
Have burst through a hedge, and are lying
In a trampled rose garden,

Pillowed on a bulldog’s side,
A watchdog’s, whose breathing

Is like the earth’s, unforced---
Or that they may, once a year
(Any dawn now), awaken
In church, not on the coffin boards
Of a back pew, or on furnace-room rags,
But on the steps of the altar

Where candles are opening their eyes
With all-seeing light

And the green stained glass of the windows
Falls on them like sanctified leaves.
Who else has quite the same
Commitment . . .