Share All sharing options for: S.E.C. Power Poll: Ranking the Coaches (Part I)

Earlier this year, I was invited by Garnet and Black Attack’s C&F to participate in the S.E.C. Power Poll, the first installment of which will be forthcoming shortly, here on the eve of the season.

For the preseason installment of the poll, C&F has asked us not to rank the teams (about which we have nothing but suppositions at this juncture), but to rank the coaches. Please bear in mind that these rankings are relative; I honestly don’t believe there’s a truly bad head coach in the Southeastern Conference, so the fact that a guy ranks eleventh or twelfth in the league doesn’t necessarily mean he isn’t one of the top 40 or 45 guys in the game overall. That said, here is the first installment of my . . .

Ranking of the Coaches in the S.E.C.

12. Rich Brooks (Kentucky): Once again, somebody had to bring up the rear, even if his coaching credentials are legitimate. Coach Brooks took over a moribund Oregon program in 1977 and, despite going 2-9 in each of his first two seasons, he had the Ducks routinely winning six games a year by his third autumn in Eugene. His last six seasons on the job saw Oregon attending four bowl games, including a Tournament of Roses, which wasn’t bad for a program that had been to two bowl games between 1958 and 1988. Coach Brooks brought about a similar turnaround at Kentucky, but he finishes in last place because he took his time getting the Wildcats back to respectability. U.K. was 7-5 in its last season under Guy Morriss, but the Blue and White slumped to 4-8 in 2003 and 2-9 in 2004. Compared to the immediate impact made by such coaches as Urban Meyer, Mark Richt, and Steve Spurrier, Rich Brooks’s pace was positively glacial, which drops him to the lowest rung on a ladder that starts pretty high up in the first place. 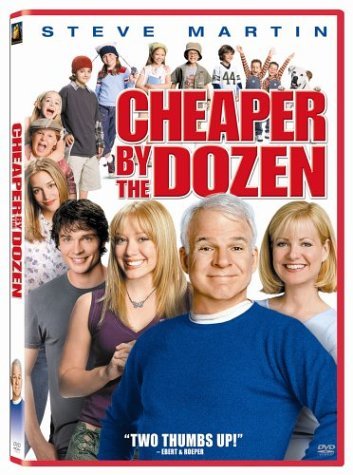 11. Bobby Johnson (Vanderbilt): Once again, I hate to leave Coach Johnson languishing at such a comparatively low level, because he has made the Commodores considerably more competitive. When you look at analogous programs in other conferences (Baylor in the Big 12, Duke in the A.C.C., Stanford in the Pac-10, and Temple in pretty much every league to which they’ve ever belonged), you realize just how tough an out Vandy has become. No one can take the ‘Dores for granted and an annual upset of some sort appears almost inevitable. However, Coach Johnson hasn’t quite gotten the Commies over the hump and the lack of talent on hand in Nashville this deep into his tenure as a recruiter forces me to consign him to the No. 11 spot in the S.E.C., even though he probably would be producing victories at a more than respectable rate at any number of other programs.

10. Sylvester Croom (Mississippi State): The strength of the coaching in the conference is attested to by the fact that the reigning S.E.C. coach of the year barely made the top ten. It’s hard not to root for Coach Croom, who inherited about as bad a situation as you could imagine when he took over a probation-shackled program with little or no longstanding tradition located in an out-of-the-way backwater that is closer to the middle of nowhere than to the epicenter of any recruiting hotbeds. The feel good story of the Southeastern Conference in 2007 was a Bear Bryant disciple winning his first bowl game in the Liberty Bowl, where his coaching mentor won his last bowl game 25 years before. Nevertheless, very little about the Western Division Bulldogs’ resurgence suggests permanence, so, while M.S.U.’s success was more than just luck, the Starkville squad does not yet appear truly to have turned the corner. 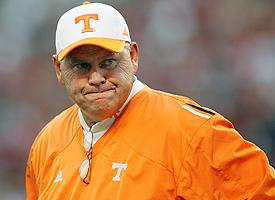 When he found out how low I had him ranked, Phillip Fulmer threatened to come to my house and beat me up, but then he realized that, while he was here, there was better than a 50/50 shot that I’d serve him with a subpoena to take his deposition right before his team played my team.

9. Phillip Fulmer (Tennessee): Yeah, yeah, yeah, I know what the Volunteers have done to the ‘Dawgs the last two years, but David Cutcliffe is in Durham and Erik Ainge is wherever former Big Orange quarterbacks not named Manning go when they depart Knoxville. (Where is that, exactly? Prison? Congress? Managing their hometown Waffle House?) The fact is that the bloom is off the rose where Coach Fulmer is concerned. His debut as an interim coach during Johnny Majors’s 1992 illness was a smashing success, and a considerable amount of good coaching went into the Vols’ 1998 national title run (even if that championship campaign was accompanied by more than the usual share of blind dumb luck), but Tennessee hasn’t been a major player in a number of years. This year marks the tenth anniversary of the Volunteers’ last S.E.C. title and, if anybody in the Eastern Division could kick a dadgum game-winning field goal against the Big Orange, Tennessee would have been to just one conference championship game since 2001 . . . a period during which Auburn, Florida, Georgia, and L.S.U. all have won league crowns. Add to that the fact that Coach Fulmer always has played (at best) second fiddle in his own division behind Coach Meyer, Coach Richt, and Coach Spurrier, and it’s hard to rank the Philibuster higher than ninth.

8. Houston Nutt (Arkansas Ole Miss): The man’s accomplishments in Fayetteville were overshadowed by a fan base so crazed that the Alabama faithful think they need to dial it back a bit and compounded by an athletic director who seemed determined to run off any football coach who might eclipse him in stature, but Coach Nutt knows what he’s doing. In eight years under Jack Crowe, interim coach Joe Kines, and Danny Ford, the Hogs attended two bowl games, losing them both, and won more than six games in a single season just once. Three of the four campaigns immediately prior to Coach Nutt’s arrival at Arkansas featured 4-7 finishes, but the sideline evangelist won eight straight right out of the gate and took the Razorbacks to six consecutive bowl games in his first half-dozen seasons, tying a school record shared by Lou Holtz and Ken Hatfield. Rather than bolt for Minnesota or Clemson at his earliest opportunity the way those two predecessors did, though, Coach Nutt stuck around through the lean seasons of 2004 and 2005, in which the Hogs went a combined 9-13 but lost seven games by a touchdown or less. In ten years at Arkansas, Coach Nutt led a dysfunctional Southwest Conference refugee to Orlando twice (for the 1999 Citrus Bowl and the 2007 Capital One Bowl), to Dallas thrice (for the 2000, 2002, and 2008 Cotton Bowls), and to two wins over Texas. By the way, can you name the four coaches who have led their teams to multiple S.E.C. championship game appearances in the last six seasons? They are Phillip Fulmer (2004 and 2007), Les Miles (2005 and 2007), Mark Richt (2002, 2003, and 2005) . . . and Houston Nutt (2002 and 2006). 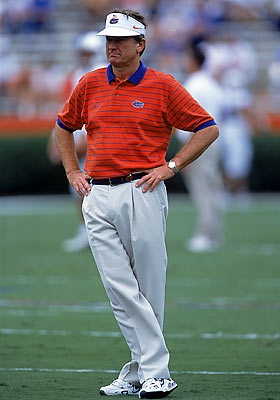 No, this guy didn’t make the top six. Yes, I take an unseemly degree of satisfaction from that fact. No, I don’t think anyone operating from current information can deny that I’m right without practicing cognitive dissonance.

7. Steve Spurrier (South Carolina): He was a great player as a collegian and, the polyester pants aside, the Evil Genius was ten years ahead of his time when he returned to Gainesville and took the sleepy S.E.C. by storm in 1990. Darth Visor deserves credit for taking hold of a league that specialized in three yards and a cloud of dust, shaking the conference by its lapels to get its attention, and dragging it kicking and screaming into the 1990s. However, as Hillary Clinton found out the hard way when she tried to go retro by repackaging the 1992 primary campaign in a way that would sway the 2008 electorate, it ain’t the 1990s anymore. A decade ago, Steve Superior unquestionably would have been the top name on this list. Right now, he’s not much more than Joe Tiller with a Heisman Trophy.

I’ll be getting to the top six tomorrow. In the meantime, feel free to affirm or attack my bottom six selections in the comments below.