It's Time to Revive the Rivalry: Why Georgia and Clemson Need to Play More Often

Share All sharing options for: It's Time to Revive the Rivalry: Why Georgia and Clemson Need to Play More Often

Circumstances sometimes converge in such a manner that they appear to be pointing inevitably in one direction. So it is with recent events on-line.

No, I don’t mean Orson Swindle’s laughable effort to suggest that the 2008 Georgia Bulldogs couldn’t beat the Russians. (Please. If the ‘Dawgs faced Russia this year, it would weaken the Red and Black’s strength of schedule.)

Rather, I am referring to the fact that, after Clemson Tiger Nation linked to a post I wrote, I exchanged cordial e-mails with the author, who is (obviously) an Orange and Purple partisan. Around that same time, Paul Westerdawg expressed his disdain for the Fort Hill Felines (in the aftermath of Jon Richt’s departure for Lake Hartwell) and went on to reflect on Georgia’s non-conference scheduling prospects. All of that came together in my mind and coalesced into what follows. 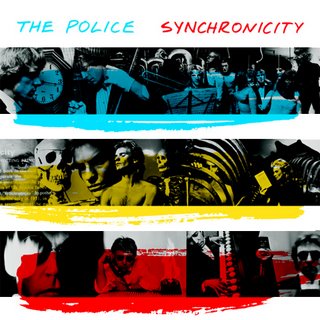 If you’re ten or more years younger than me, please feel free to replace the foregoing "Synchronicity" allusion with a reference to "The Perfect Storm."

Just as Sunday Morning Quarterback felt ethically compelled to begin every football season with a call for a playoff, so too do I consider it my obligation to use the teachable moment on the eve of a new autumn to remind Bulldog Nation of this simple truth:

Georgia and Clemson need to play one another regularly.

One of my great fears as a ‘Dawg fan is that many Red and Black boosters, particularly that increasingly large contingent of them who are younger than I am, fail adequately to appreciate the significance of Georgia’s rivalry with the Tigers. As I wrote in the October 16, 1995, edition of The Red and Black:

We shouldn’t lightly sacrifice such a storied series as the Georgia-Clemson border war. We’ve been playing Clemson seven years longer than we’ve been playing Florida. Georgia and Clemson have met on the gridiron 60 times, exactly as many times as Alabama and Auburn will have faced one another after this year’s Iron Bowl. The Bulldogs have taken the field against over 100 opponents; Georgia has been playing Clemson longer than all but a dozen of them, and of those twelve, we continue to play just five.

The Bulldogs and the Tigers have been perpetual thorns in one another’s sides; Clemson’s only regular-season losses of the 1978, 1982, and 1991 campaigns all came between the hedges, whereas Georgia’s only regular-season setback during the three years of the Herschel Walker era came in Death Valley during Danny Ford’s 1981 national championship run.

During the two programs’ simultaneous glory days of the early 1980s, no rivalry in all of college football was more important at the national level, as Scott Woerner’s dramatic returns in 1980 and the nine turnovers forced by the Tigers the following fall effectively settled the eventual No. 1 ranking.

Likewise, no rivalry of that period was more competitive, as evidenced by the critical eleventh-hour field goals kicked by Kevin Butler in 1984 and by David Treadwell more than once later in the decade. Despite blowouts in 1990, 1994, and 2003, the series typically has remained competitive in more recent days, as two of the last three meetings were decided by two points in 1995 and three points in 2002.

Historically, there has not been the same sort of cross-pollination between Georgia and Clemson that we have seen between Georgia and Auburn, although Jon Richt’s decision to play quarterback for the Tigers may have changed that dynamic somewhat. Even leaving the current connection between the two schools aside, though, hires affecting one program often have had an impact upon the other. Consider:


Fortunately, the scheduled cessation of hostilities after 1995 did not stick, as the twelve-game schedules of 2002 and 2003 opened the door for a resumption of the rivalry and the two teams are back on one another’s schedules for 2013 and 2014. In the absence of an intervening bowl meeting, however, the decade-long break between the 2003 and 2013 games at Memorial Stadium will be the longest-ever gap in a series that dates back to 1897. 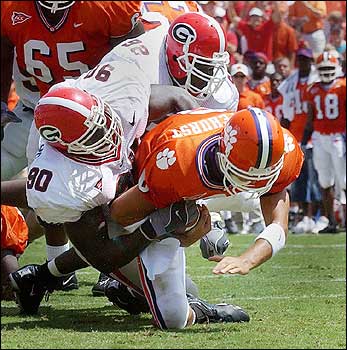 Admittedly, it would be awkward to see this being done to Mark Richt’s son.

Many younger fans of both teams may not realize it, but clashes between Georgia and Clemson used to be annual affairs. The future Tigers first took the field in 1896, and they tangled with the future Bulldogs every year from 1897 until 1916. Breaks in the rivalry were a rarity throughout the Vince Dooley era; my first autumn as a student in Athens also was the first since 1972 in which there was no Georgia-Clemson game.

We are in a fallow period in the history of the rivalry. Provided that Georgia and Clemson do not square off in a bowl game in the next five years, there will have been just six showdowns between the Bulldogs and the Tigers in the 25 seasons between 1988 and 2012. Such unfortunate stretches of only sporadic meetings are infrequent, but they are neither unprecedented nor permanent.

The two teams went through a similar period from 1917 to 1943, a time during which Georgia and Clemson played six games against one another in a 27-year span. That cycle of intermittent clashes did not last, as the two teams went back at it for four straight years from 1944 to 1947 and for two more in 1954 and 1955 before resuming regular meetings starting in 1962. The ancient rivals met 24 times in the next 26 seasons starting in the Johnny Griffith years.

In short, it can be done, and it should be done. While it is not practical for Georgia and Clemson to play every year, it is reasonable for the Classic City Canines and the Fort Hill Felines to cross paths, say, twice in any given six-year span. Respect for the rich heritage and storied tradition of the South’s most underappreciated rivalry demands such a restoration, which is long overdue.