How the Diamond Dogs Turned It Around in the Athens Regional

Share All sharing options for: How the Diamond Dogs Turned It Around in the Athens Regional

After the Diamond Dogs’ short-lived run in the S.E.C. tournament ended in disaster, I wondered what had gone wrong for the Red and Black. Now that David Perno and the Classic City Canines have righted the ship with a five-game run through the Athens Regional, the time has come to ask the much more pleasant question, "What went right for Georgia in the first round of the N.C.A.A. tournament?" As always, the statistics quoted herein came from GeorgiaDogs.com.

Leaving aside considerations of home field advantage, we will start with the three things we know weren’t the keys to the Bulldogs’ success, at least not invariably. It wasn’t flawless fielding, as the Red and Black had three two-error games during regional play and won two of them, in spite of having gone 10-13 in games in which they were charged with multiple miscues. It wasn’t (or, at least, wasn’t always) the quality of Georgia’s starting pitching; although Nathan Moreau went seven stanzas in the elimination game against Lipscomb and Nick Montgomery pitched a complete-game shutout against Georgia Tech later that same day, no other Bulldog starter made it out of the fifth frame in regional play and one failed even to make it as far as the first out of the seventh game.

Finally, it wasn’t a scrupulous avoidance of stranding baserunners, as the Classic City Canines left eight or more men on base in each of their five first-round outings. What that goes to show you is that you can afford to leave a lot of men on base as long as you’re getting a whole heck of a lot of men on base in the first place: Georgia collected at least a dozen hits in all five games, notching 18 or more three times in their four victories.

Although the starting pitching was not always outstanding, the bullpen consistently was. The Red and Black relievers allowed more than one earned run only once in the N.C.A.A. tournament thus far. The sole exception came against the Cardinals in a game in which Dean Weaver gave up one earned run in four frames’ worth of work before Joshua Fields, operating with a 9-5 cushion, surrendered three earned runs on back-to-back two-out homers before getting the final batter to ground out to short. 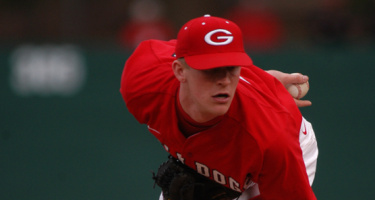 It’s all part of Joshua Fields’s ongoing efforts to give me as many grey hairs as possible by making games precisely as harrowing as necessary before shutting down the opposition altogether.

While we’re on the subject of home runs, the power outage that was perpetuated in Hoover (where the Diamond Dogs hit no home runs during the S.E.C. tourney) ended in Athens, where Georgia hit at least one home run in each of the five regional outings, including six dingers in the final three games. (The Classic City Canines are 9-11 when hitting no home runs, 11-6 when hitting one home run, and 19-5-1 when hitting two or more home runs. The long ball matters.)

That, ultimately, was the biggest difference, as the Bulldogs finally figured out how to score once more, to the tune of nine runs in one game against Louisville, 21 runs in two games against Lipscomb, and 26 runs in two games against Georgia Tech. The last four showdowns in the first round underscored the reality that the Red and Black are 21-3 when scoring eight or more runs.

Not every bat was hot, of course: Ryan Peisel was seven for eleven with three R.B.I. in the first two games of the Athens Regional, but, in the final three contests, he went two for 15 and did not bat in a run. The Georgia leadoff man’s teammates more than took up the slack, though. Consider:

Despite being less than dominant at the plate, David Thoms (.205 for the season) went two for six with two R.B.I. in the last two games and Robbie O’Bryan (.241) batted in a run in three of the regional’s last four outings. 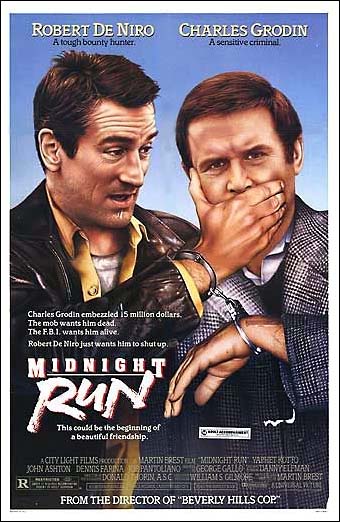 After starting slowly in the opening game against Lipscomb, in which they combined to go one for nine with a single R.B.I., Gordon Beckham and Rich Poythress acquitted themselves well in the Red and Black’s run through the final four games. During that stretch, Beckham notched nine hits in 19 at-bats while driving home seven runs and Poythress bounced back from injury to tally eleven R.B.I. as he went seven for 16.

Bryce Massanari remained reliable, going ten for 20 with six R.B.I. over the course of the regional round, and Matt Olson went on a tear, to the tune of half a dozen R.B.I. and 18 hits in 26 at-bats. Matt Cerione contributed, as well, with 11-for-24 hitting and five R.B.I., four of which were driven in during the final two games.

Even some of the weaker hitters in the Bulldog lineup got into the act a bit, as Lyle Allen (.269 for the season) and Joey Lewis (.235) batted in a pair of runs apiece in regional play and Miles Starr (.160) managed two hits in his last four at-bats after starting the N.C.A.A. tournament by going without so much as a single in the first couple of contests.

If all goes according to plan, I should be along later this evening to provide an initial look at N.C. State. For now, though, just know that all is well in Bulldog Nation as the Red and Black prepare to host the Wolfpack, as Georgia is one win away from the Classic City Canines’ 40th victory of the year and two wins away from an invitation to Omaha.