Let this be a lesson to you all. Actions carry consequences.

It all started innocuously enough. First, there was a story in The Red & Black about a minor conduct violation committed by Knowshon Moreno during his redshirt freshman year. Then, MaconDawg authored a humorous posting about the incident. This hilarious piece, which included a link to the paper Moreno had to write as penance, was picked up by several message boards and by Every Day Should Be Saturday. That was when the trouble started.

You see, there apparently is a University of Georgia conduct regulation governing the public dissemination of information from student conduct files. The Red & Black can do it, because independent student newspapers have access to such information under the Georgia Open Records Act. Likewise, Holly and Orson are protected, because they were never students at the University of Georgia, so they lie beyond the reach of the powers that be in Athens.

We here at Dawg Sports, however, are neither journalists nor graduates of either the University of Florida or the University of Tennessee. Ordinarily, all of these are good things, but, today, this presents a problem. Let this be a part of the lesson to you. 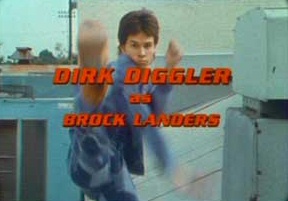 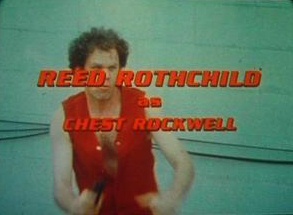 Another part of the lesson, by the way, is that Knowshon Moreno’s middle name is "Rockwell", indicating that he was christened in honor of Brock Landers’s sidekick from "Boogie Nights."

The short version is that someone in authority in Athens saw MaconDawg’s story, contacted me as the registered proprietor of this weblog, and informed me that I had violated University conduct regulations by allowing the story to be published. As a consequence of this, my records would be flagged and, if left unresolved, this could have led to the revocation of my baccalaureate and law degrees from the University of Georgia, which would have left me unable to practice law.

Needless to say, this was a big deal. Fortunately, I was able to reach an informal resolution agreement with the Office of Judicial Programs, by which I admitted responsibility and agreed to accept the sanction of an educational research paper, which I submitted to the conduct review board advisor assigned to my case.

This was my research paper, written about the harmful effects of excessive weblogging on the health and lifestyles of others around me:

The night I was working on a short 3,500-word posting called "Why the Michigan-Utah Game Will be a Blowout, Although I’m Not Sure for Which Team" approximately 6 o’clock I received an e-mail so I proceeded to read it. When I opened it, it said we did too much blogging here at Dawg Sports and asked us to cut it out, so I went back into Microsoft Word and I willingly cut out the six-paragraph middle section on Big Ten non-conference scheduling during the Progressive Era with no problem. After shortening up the posting, MaconDawg and I left the weblog to go practice law so we could make sure there would not be anymore problems with our blogging level.

Approximately two hours later I received another e-mail saying we had violated internet regulations of excessive blogging. I was confused by this e-mail because MaconDawg posted this story only around 3 o’clock on Wednesday afternoon which is not during peak blogging hours. The peak blogging hours on Wednesday night during the offseason are from 8 p.m. to midnight, and my co-author and me are very aware of this. It did not seem as if we were blogging enough that we were filling up the SB Nation homepage or an RSS reader; we were merely expressing our excitement that a Georgia football player was disciplined over something not involving an open container or a suspended license. Being busted by an overzealous humorless resident assistant seemed to us like a major improvement over being busted by an overzealous humorless campus cop.

After taking maybe 30 seconds, tops time to Google research about the harmful effects of R.A.s with great big ol’ sticks up their butts college students who live in dorms and make a federal case out of their neighbors crankin’ dat Soulja Boy a little after midnight on a Saturday night in Athens excessive blogging, it was time consuming and boring boring, yet useless busy-work with no deterrent or rehabilitative benefits still boring educational. It was a little ridiculous to research about blogging because it is common sense to anyone under 50 to anyone besides Buzz Bissinger what blogging is, but I continued to read on. Blogging is considered as the dissemination of uninformed opinions over the internet in your underwear from your parents’ basement a bold new medium (web site 1). This is obviously a correct statement because people did not want to read weblogs that day aside from the more than 4,500 visitors who had clicked through to Dawg Sports by approximately 8:15 p.m. on Thursday. Blogging occurs continuously through everyday and disrupts many people including but not limited to lawyers in their late 30s and early 40s who may or may not be billing hours while leaving comments at this site in the middle of the business day at all costs. On a more serious note, excessive blogging has been tested, and shown to affect the central nervous system, immune, cardiovascular, and hormonal systems (web site 2). The disruption of these systems can cause many negative outcomes like the firing of incompetent alumnus Karl Dorrell due to pressure from internet-savvy U.C.L.A. die-hards like Colin Cowherd being forced to apologize on the air for swiping material from the blogosphere like Rick Reilly pitching a hissy fit over Orson Swindle paying a compliment to his live-in girlfriend. Being exposed to blogs also known as unwanted witty, impassioned, innovative sportswriting words, over a period of time can lead to certain diseases like laughter like civil interaction with fellow fans, which I was most shocked by.

In conclusion, I learned a lot about excessive blogging and its effects on others around me. To show the responsibility I have gained over this situation I was recently asked on this weblog one night after peak blogging hours if I could write something funny write something insightful tick off an entire fan base by criticizing their favorite team’s non-conference schedule type 60 words a minute. My answer to this was yes because I can, but I kindly stated that I would not be able to perform this act at the time because I did not want to disturb narrowminded flunkies with Napoleon complexes the functionally illiterate by typing too loudly. If I had a chance to experience this whole situation again I would have fought this asinine charge with every ounce of my readers’, my co-author’s, and my legal skill and guile typed more slowly and told MaconDawg not to bring smiles to the faces of many dozens of people by writing with a wry humor reminiscent of Lewis Grizzard belittle this seriously idiotic situation. I put much thought into my actions and I discovered that if I was given new insights bothered by excessive blogging I would maintain a sense of perspective like a reasonable adult be upset too. Overall, the moral of the circumstances that took place at Dawg Sports one past Wednesday afternoon is, we need to get Holly an expensive Christmas gift because she will flat-out spike your site traffic with a favorable link treat others as if your inability to enjoy life entitles you to ruin everyone else’s good time you would like to be treated. I am sorry for the inconvenience and therefore I’ll be moving back to my old weblog at Xanga off campus next year.

No word yet whether my paper was formatted properly.

(Full disclosure: I was a part of the Student Judiciary at the Office of Judicial Programs from 1989 to 1993, serving as chief justice in 1991. I’d like to think I never handed down a sanction as ludicrous, pointless, and childish as making someone write a paper, but I’m sure I probably did. Also, lest rival fans be tempted to mock Moreno’s command of the language, I would like to point out that Knowshon evidently knows that "affect" is a verb and "effect" is a noun. I defy you to find me a guy with a sociology degree from Auburn who knows that.)