Have Team, Will Travel: Why S.E.C. Critics Need Some New Lines

Share All sharing options for: Have Team, Will Travel: Why S.E.C. Critics Need Some New Lines

Was it something I said?

No, I don’t mean my call to tonight’s Father’s Day edition of EDSBS Live. (In case you missed it, you can download tonight’s show here. Also, while I’m not sure whether they’ve ironed out the technical problems with it, my April 8 appearance can be downloaded here.)

This has been a public service announcement.

Last night, I identified the four teams I ain’t buying for 2008. This generated some discussion, both here and on the message boards. Such SB Nation colleagues as Rock Chalk Talk’s eponymous proprietor and Double-T Nation’s Seth C offered reasonable responses, with the latter having this to allow:

I do believe the preseason hype is warranted, and I'm trying to be as objective as possible. I don't think there's any shame is giving up 27 points to Oklahoma, especially when they averaged 42.29 there were games where the defense did play well (Iowa State to 17, Baylor to 7 and the TAMU to 7), but the key is that those were all home games. I think this is where experience plays a big part of the success of a team and with the number of returning starters and the talent that most followers of the program know that's there, I think there's a pretty good chance that Texas Tech lives up to those expectations. Besides that I just don't see 5 losses on the schedule this year, which means Texas Tech would have to lose 5 of the 8 conference games for Kyle's assertion to be true. I just don't see it.

Seth’s points are perfectly valid and well stated. (In my defense, I would note only that I indicated that even an improved Red Raider defense could "still stink badly enough to lose four or five games"; I didn’t specifically predict a five-loss season, although one would not surprise me.) However, I must take issue with the views expressed by one of Seth’s commenters. Wrote TB:

Kyle is just flat-out wrong on a couple points. First, if he’s going to bash the schedules of teams from other conferences, he may want to take a look at his own house first. The Wiz did a breakdown of conferences that traveled the least for non-conference games, and the SEC was easily dead last. I think it’s a travesty that SEC teams get away with playing schedules that are just as worthless as everyone else’s, but it’s forgiven because of their "tough league slate." Maybe it was Bill Snyder who started the trend, but he’s damn sure got a lot of acolytes now.

Let me begin by apologizing to Seth for going after a point made by a commenter at his site, which ordinarily isn’t something I would do. Unfortunately, the logical fallacies of TB’s argument are widespread, which is why I feel the need to rebut them.

At the risk of appearing rude by being flippant in response to nonsense, so what?

I made three specific criticisms of other teams’ non-conference slates, noting the weak schedules of Kansas in 2007 and of Clemson and Texas Tech in 2008. I did not criticize any league as a whole---in fact, I noted that the Big 12 "appears to be a much-improved league in 2008," which is my main reason for believing Kansas and Texas Tech will struggle---for the simple and self-evident reason that conferences don’t make out their member institutions’ non-conference schedules; schools do. 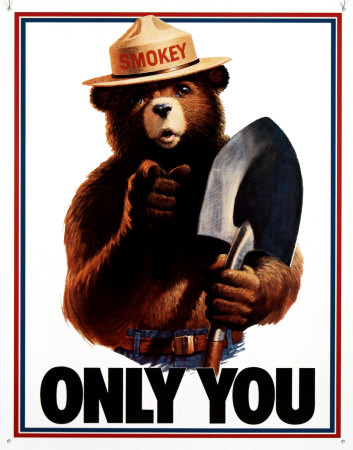 Beyond that, who cares how far we travel? Georgia, Florida, Kentucky, and South Carolina are able to take on longstanding rivals from B.C.S. conferences (Georgia Tech, Florida State, Louisville, and Clemson, respectively) without having to cross any state lines. That doesn’t mean we aren’t taking on tough customers; it just means quality opponents from other leagues are readily available in our neck of the woods.

Finally, while I cannot conscientiously claim that S.E.C. schedule makers are beyond reproach, there are some quarters from which I simply will not accept such broadsides, and Lubbock, Tex., happens to be one of them. While I have no ill will towards the Red Raiders, TB has no room to criticize. 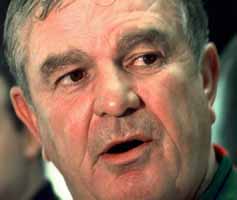 I mean, how can you not love a team whose former coach was named Spike Dykes?

Although there were extenuating circumstances surrounding the 2002 game with the Demons (who were a last-minute replacement when Tulane backed out of a scheduled game with the Red and Black), I make no excuses; no Division I-A program that is serious about its football should ever schedule a Division I-AA opponent. Please note, though, that, while Georgia is backing away from the practice (just two such games since the 2004 season opener), Texas Tech is embracing it (four Division I-AA opponents in the last three years).

Furthermore, Georgia is scheduling out-of-conference teams from B.C.S. leagues . . . a dozen of them in the last eight years, in fact. The Red Raiders have scheduled only five during that span, with three of them (N.C. State, Ohio State, and Ole Miss) appearing on the slate in a single season (2002).

Texas Tech’s best recent regular-season outing against a mid-major came against Texas Christian in 2006, in a game Mike Leach’s squad lost. Even leaving aside the Bulldogs’ annual date with the Yellow Jackets, the Classic City Canines have faced Boise State, Clemson (twice), Colorado, and Oklahoma State since the start of the 2002 season, and all but the contest against the Broncos were part of home-and-home arrangements. 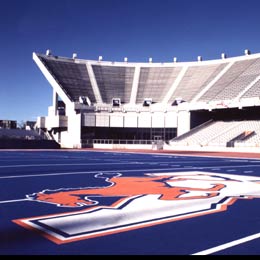 So, basically, we’ll go play ‘em in their house as long as they play on a green field.

Once again, by taking TB to task, I do not mean unfairly to malign Coach Leach or his team. However, TB’s comment smacked of the sort of ignorant and insular prejudice against other conferences that receives far too much play on message boards and on sports talk radio.

You know what I mean. "Pac-10 teams don’t play defense." "Big Ten teams play two or three tough games a year." "S.E.C. teams don’t travel." "Southern teams have more speed." Even if these widely-held biases were true at one time, they are flagrant falsehoods today. Accordingly, they deserve to be refuted each and every time they are repeated, lest a lie be told often enough that it becomes accepted as the truth.

When teams---teams, not conferences---line up weak schedule fodder with which to pad their won-lost records, they deserve to be called out for it. That is true without regard to whether the guilty parties play in the Southeast, in the Midwest, on the Pacific Coast, or in the Lone Star State.

I believe the Red Raiders are overrated, but time will tell and I wish them well. I am more than happy to engage in hard-hitting debate over deeply-held views, but, while I welcome such civil disagreements based upon verifiable facts and sound logic as Seth brought to the table, I have no patience with ripostes like TB’s which fail to hold water. Maybe Vince Dooley’s out-of-conference scheduling was as bad as Mike Leach’s (although I would dispute even that claim), but Coach Dooley is retired and Coach Leach is still riding the range. I believe we should compare apples to apples instead of confusing the past with the present.

I now return you to your regularly-scheduled weblog, which is already in progress.