A First Look at Louisville

Share All sharing options for: A First Look at Louisville

Yesterday morning, we became acquainted with the Lipscomb Bisons, with whom the Diamond Dogs are scheduled to tangle in the first outing of the Athens Regional on Friday. Now we turn to one of the other teams bound for the Classic City for the opening round of the N.C.A.A. playoffs, the Louisville Cardinals.

The Cards, led by third baseman and Big East offensive co-player of the year Chris Dominguez, claimed their conference tournament title in impressive fashion, beating Seton Hall, Villanova (twice), and Cincinnati by a combined margin of 45-15. U. of L. got hot at the right time, racking up double-digit run totals three times in four games in Clearwater, Fla., after having scored more than five runs only once in their last half-dozen regular-season outings.

Dominguez has been both dominant and durable, starting all 60 of the Cardinals’ games this season and leading Louisville’s everyday starters in batting average (.369), slugging percentage (.689), on-base percentage (.430), R.B.I. (74), home runs (20), and total bases (166). Fortunately, he also leads the team in strikeouts, having fanned 45 times while drawing 22 bases on balls.

Equally strikeout-prone is second baseman Justin McClanahan, who has 44 K’s to match his .369 batting average. McClanahan doesn’t quite have Dominguez’s power, having hit half as many homers (10), but he makes up for that slight deficiency by occupying the top spot on his team both in doubles (25) and in stolen bases (16). 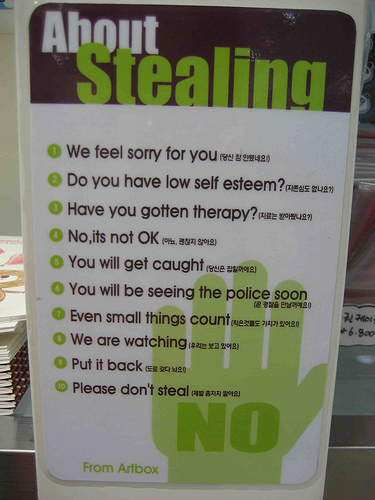 Remember, kids . . . stealing is a crime and crime doesn’t pay!

Shortstop John Dao is batting .353 in the leadoff spot, but his 65 hits have included only a trio of home runs and he has nearly twice as many strikeouts (24) as walks (13), a statistic which doubtless contributes to his .392 on-base percentage. After beginning the league tourney with a blistering first-game stat line (4 for 5, 3 runs, 1 R.B.I.), his last three games at the top of the order in the Big East tournament saw him go four for 13, score three runs, and collect one R.B.I. while drawing one walk. In the field, Dao sometimes proves to be something of a liability, as his team-worst 15 errors exceed Dominguez’s and McClanahan’s miscues combined.

Hopefully, the Cardinals’ usual Friday starter, Justin Marks, will get the nod against Georgia Tech on Friday evening, as this likely will provide a pair of fortunate fringe benefits for the Classic City Canines. First of all, it probably will lead to an always-desirable Yellow Jacket loss. Secondly, it will mean the Diamond Dogs won’t have to see him on Saturday night if the home team gets past the Bisons.

Marks is simply outstanding. In 17 appearances (including 13 starts), he has compiled a 9-1 record and a 2.21 E.R.A. while striking out 85 and walking 35. Opposing batters are hitting .215 against him. Accordingly, a fellow’s best bet to get on base against Marks may be to crowd the plate, as the U. of L. ace has plunked a team-leading 14 batsmen.

Marks pitched nearly two innings in relief in the final game of the Big East tournament, striking out half of the six batters he faced and allowing neither a hit nor a run. In his most recent start, against Villanova on May 21, Marks went six stanzas, gave up three earned runs, and struck out as many batters as he surrendered hits (7).

I would make a joke here about the fact that Justin Marks’s last name phonetically is the same as Karl Marx’s, but you have to be careful about your communist references in the blogosphere these days.

Scheduled Saturday starter Zack Pitts, the pitcher Georgia most likely will see if the Bulldogs and the Cardinals hook up on the second day of the regional, is good, but he is not of Marks’s caliber. Pitts has 14 starts to his credit, in which he has gone 6-5 with a 4.74 earned run average. The opposition is batting .286 against him and he has issued a mere 21 walks. The regular rotation is rounded out by Bob Revesz (1-0, 3.90).

Louisville has been outscored in the first inning (39-30) and outscored in the ninth inning (22-18), but the Cardinals have outscored the other guys in every canto in between. U. of L. is 33-3 when leading after five frames but 5-14 when trailing at that same point.