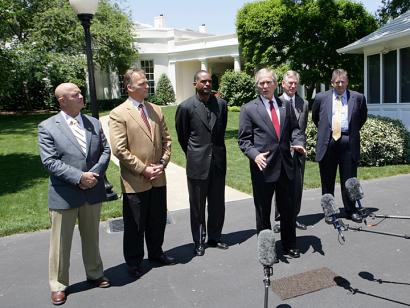 I couldn’t settle on a single comment so I’ve included three:

Over/under on number of people in this photo who will be unemployed as of January 2009? I’m going with two.

Seriously, Tommy Tuberville is the third most snarky, self-aggrandizing person in this photo.

Your caption ideas go in the comments below.