A First Look at Lipscomb

Share All sharing options for: A First Look at Lipscomb

If you’re like me, the first question you asked after the announcement of the 64-team N.C.A.A. baseball tournament field was a rhetorical one: "Georgia got a top-eight national seed?" The second question, though, was entirely practical: "Who are the Lipscomb Bisons?" What follows is a first crack at answering that question.

The Bisons---yes, they inexplicably pluralize "Bison" as "Bisons," not unlike the equally incomprehensible Toronto Maple Leafs---qualified automatically for a playoff berth by virtue of having won their first Atlantic Sun Conference tournament championship in a 15-inning title game against Gardner-Webb. Lipscomb, which is located in Nashville, came into the league tourney as the No. 1 seed and became the first Atlantic Sun baseball champion from outside the Sunshine State since 1994.

The Bisons appeared in the conference tournament for the second straight season and earned their first trip to an N.C.A.A. regional round following a 32-28 campaign that featured a 6-4 home win over Tennessee on March 18, a 12-4 loss at Vanderbilt on March 19, an 8-1 home loss to Vanderbilt on April 15, an 8-4 loss at Alabama on April 22, a 2-1 series win over the Kennesaw State squad that likewise lost a three-game set with the Classic City Canines, a 2-1 series win over the East Tennessee State squad that lost narrowly to Georgia on April 15, and a 3-1 series loss to the Winthrop squad that beat the Red and Black 5-1 on April 8. 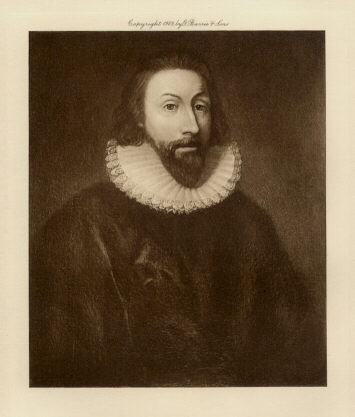 Darn that tiny university and the four-time governor of the Massachusetts Bay Colony for whom it was named!

Junior catcher Caleb Joseph, the conference tournament M.V.P., had the highest regular-season batting average (.345) among everyday Bison players, collecting 18 doubles and 14 home runs among his 76 hits. Joseph leads his team in R.B.I. (53) and slugging percentage (.618), but his strikeouts (32) exceed his walks (23).

Pitcher Josh Smith, who pitched a complete game in the Bisons’ regular-season finale on May 16 in which he struck out twelve and surrendered just one earned run, has a 5.34 E.R.A. and a 2-3 record in 13 appearances and just seven starts. The only two Lipscomb hurlers with more than nine starts in 2008 are Rex Brothers (2-5, 6.27) and Mike Dunn (4-4, 4.84). In a little over 80 regular-season innings’ worth of work, Brothers struck out 87 while walking just 44. Brothers and Dunn surrendered six home runs apiece during the Bisons’ scheduled slate.

Brothers and Dunn were two of the six pitchers used by Lipscomb in the Atlantic Sun tournament championship game, which was started by Paul Piennette. Piennette faced three batters, threw six pitches, hit two batsmen, and gave up one hit and three earned runs in the first inning of that important contest. During the regular season, he started five games, compiled a 2-3 record, and had a 4.17 E.R.A.

Brandon McClurg boasted the Bisons’ best regular-season earned run average (2.70) in 14 appearances, in which he amassed a 6-5 record and a pair of saves while striking out 69, walking 31, giving up one triple and one home run, and plunking a team-leading 16 opposing batters. 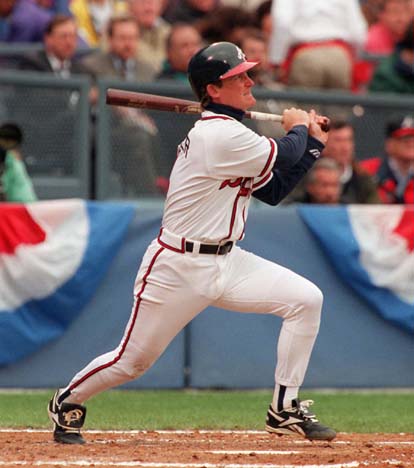 As a staff, Lipscomb hurlers hit 68 opposing batters with pitches over the course of the 2008 campaign. I pay tribute to this achievement with the foregoing photograph of former Atlanta Brave Jeff Blauser, who once said his World Series fantasy was to come to the plate with two out in the bottom of the ninth in the seventh game of the Fall Classic with the score tied and the bases loaded . . . and be hit by a pitch.

In 25 home dates, the Bisons’ average attendance was 365 fans per game. In 27 road games, Lipscomb took the field before a little over 900 fans per contest. Foley Field has a seating capacity of 3,291.