To my absolute astonishment and delight, Georgia received a No. 8 national seed for the N.C.A.A. baseball playoffs. If the Diamond Dogs emerge victorious from the Athens Regional, they will host their super regional round at Foley Field.

First, however, they must get past a Georgia Tech squad that won convincingly on its last trip to the Classic City, Big East champion Louisville, and Atlantic Sun champion Lipscomb, which may or may not have been named in honor of the seventh president of the University of Georgia.

The Red and Black open tournament action at home at 3:00 p.m. on Friday, May 30, with a contest against the Lipscomb Bisons. (I’m pretty sure the plural of "Bison" is "Bison," but I see no need for us to be ungracious hosts by quibbling over the propriety, vel non, of our guests’ pluralization.) 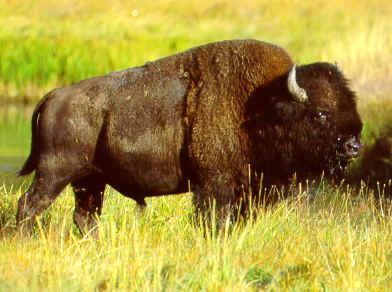 Honestly, though, I can’t think of a scenario in which knowing the plural of "bison" would come in handy, because, after I saw one in the singular, I’d skedaddle before I had time to see them in the plural.

Quite frankly, I am as pleased as I am amazed. I thought the Classic City Canines had played themselves out of a national seed in Hoover, but S.E.C. regular-season champion Georgia managed to garner the seed directly behind that of S.E.C. tournament champion L.S.U. The Diamond Dogs and the Bayou Bengals are two of nine Southeastern Conference squads in the 64-team field.

As Paul Westerdawg outlined in detail, information on tickets to the Athens Regional is available here. The athletic association ticket office may be reached at its toll-free number, 1-877-542-1231, beginning tomorrow morning.