Why Was the West Dominant in the S.E.C. Baseball Tournament?

Share All sharing options for: Why Was the West Dominant in the S.E.C. Baseball Tournament?

During the regular season, all six Eastern Division teams had winning records against their Western Division counterparts: Georgia went 9-5-1 against squads from the other side of the league divide; Florida, 9-6; Kentucky, 8-7; South Carolina, 8-7; Tennessee, 8-7; and Vanderbilt, 8-6.

These results help to explain why the S.E.C. East generally was the stronger division during the campaign. The Eastern Division champion Diamond Dogs’ 20-9-1 conference ledger was superior to the Western Division champion Bayou Bengals’ 18-11-1 league mark. Alabama’s 16-14 record, which was good enough for sole possession of second place in the West, would have tied the Crimson Tide for third place in the East. Mississippi’s 15-15 S.E.C. finish left the Rebels all alone in third place in their division, but Ole Miss would have shared fifth place in the East with South Carolina. Tennessee’s last-place 12-18 mark would have put the Volunteers ahead of two teams in the West.

Why, then, did the Eastern Division struggle so mightily against the Western Division in Hoover? On the conference tournament’s opening day on Wednesday, the S.E.C. West went 2-1 against the S.E.C. East; on Thursday, the West was 3-0 over the East. Top-seeded Georgia was eliminated by losses to Ole Miss and to Alabama; Kentucky was done in by setbacks sustained at the hands of those same two teams. Vanderbilt, the lone Eastern Division team still playing on Saturday, went 2-0 against the East in the tournament but was 1-2 versus the West. 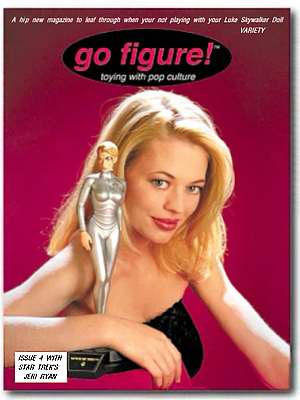 I don’t presume to be able to explain how that happened. Conventional wisdom typically holds that the champion of a more hotly-contested division race will be emotionally and physically drained heading into postseason play, and therefore will be more likely to lose in the playoffs to a more well-rested division champion. (This certainly appears to have been the case in 1993, when the Braves and the Giants duked it out to the bitter end, leaving the winner vulnerable to the "Philadelphia Filthies," a squad markedly inferior to either Atlanta or San Francisco.)

That didn’t hold true in Hoover, however, and I don’t believe there is any real basis for believing that the S.E.C. baseball tournament site (Regions Park, located eight miles south of Birmingham) favors the Western Division merely because it is located in the Yellowhammer State. Perhaps David Perno, a Georgia man through and through who knows whereof he speaks, said it best:

Our history has never been good here for whatever reason. We have never played well here. In ’04 we scored one run in three games and actually won a game. We have always had a tough time here, and I don’t know why.

I’ve got a pretty good idea what went wrong for the Classic City Canines down the stretch, but, regarding the differences between the divisions in the tourney, I’ve got nothing, so you tell me . . . why do you think the Eastern Division generally fared, and the Red and Black specifically fare, so poorly in the S.E.C. tournament?