If you know what happened in Wednesday’s game, you pretty much know what happened in Thursday’s game; with one out away in the bottom of the eighth inning, in fact, it appeared as though they would even end with identical 4-1 scores. For the sake of thoroughness, though, I will lift myself out of the elimination-induced doldrums and let you know how it went down as the Diamond Dogs ended their S.E.C. tournament run not with a bang, but with a whimper:

All appeared promising four full batters into the top of the first frame, as Gordon Beckham drew a two-out walk, stole second base, and came home on a Bryce Massanari double. That was pretty much the highlight for the Red and Black, as Robbie O’Bryan grounded out and the long slow slide into defeat was begun.

Stephen Dodson began the bottom of the canto by plunking Josh Rutledge, surrendering a double to Ross Wilson, and walking Alex Avila to load the bases for Brandon May. Fortunately, the Alabama left fielder went down swinging, but Matt Bentley’s ensuing sacrifice fly tied the game before Kent Matthes flied out to strand the Crimson Tide second baseman 90 feet from home plate.

The Classic City Canines were retired on three straight strikeouts in the visitors’ half of the second stanza and the home half of the frame likewise failed to produce a ‘Bama baserunner. After Georgia went in order on a pop-up, a groundout, and a strikeout in the top of the third canto, Rutledge led off the bottom of the inning with a double to right field. A Wilson single to center field plated the go-ahead run. 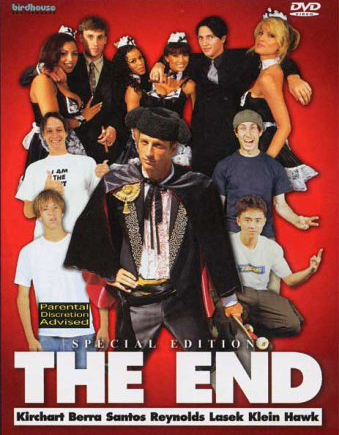 After Avila flied out, the Crimson Tide second baseman stole his accustomed base, from which a May single to center field brought him home. Bentley struck out, but Matthes’s ensuing single was aided immensely by the Ryan Peisel error that enabled May to score an unearned run. Tyler Odle subsequently flied out to left field to conclude a four-hit, three-run frame.

The Diamond Dogs went three up and three down in the top of the fourth canto and the Red Elephants had only a two-out base hit by Rutledge to show for the home half of the inning. No Red and Black batter reached base in the visitors’ half of the fifth frame and May’s one-out single in the bottom of the stanza proved fruitless due to Bentley’s ensuing strikeout and Matthes’s inning-ending groundout.

The Classic City Canines contributed only a strikeout, a foulout, and a flyout in the top of the sixth canto, while, when Dean Weaver took over the hurling duties in the bottom of the frame, the Georgia reliever atoned for having issued a leadoff walk to Odle by persuading Jake Smith to ground into a double play before extracting the final out from Kyle Moore.

A trio of consecutive flyouts brought a swift end to the Bulldogs’ turn at the plate in the top of the seventh stanza and Alabama likewise proved unable to send a man as far as first base in the home half of the inning. Jake Crane actually managed to notch a one-out single in the top of the eighth frame, but Adam Fuller and Joey Lewis registered only outs in the next two at-bats. 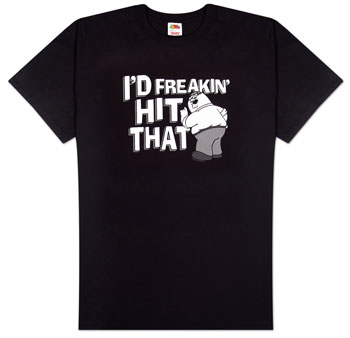 Not a popular T-shirt with the Diamond Dogs on Thursday.

May struck out swinging to start the bottom of the canto, after which Bentley was hit by a pitch and replaced on the basepaths by Alex Kubal, who promptly swiped second and took third on a Massanari error. Matthes’s subsequent sacrifice fly tacked on an unearned run, whereas Odle’s ensuing flyout merely ended the inning.

The top of the Georgia order came up to the plate for the Diamond Dogs’ last gasp in the visitors’ half of the ninth stanza. Peisel and Matt Olson each grounded out, but Beckham doubled to left field and Massanari tripled to right field to bat in one run and put another 90 feet from paydirt. The possibility of a two-out rally was snuffed out when O’Bryan flied out to end both the game and the top-seeded regular-season S.E.C. champion’s time in the conference tourney.

Although Alabama hurler Austin Hyatt deserves credit for pitching a complete-game four-hitter, the Georgia power outage in the final weeks of the season already was well advanced ere Thursday afternoon’s contest commenced. Bryce Massanari (2 for 4, 2 R.B.I.) has waxed as Gordon Beckham (1 for 3, 1 strikeout, 1 walk) has waned, but the rest of the first six batters in the Bulldog order (Ryan Peisel, Matt Olson, Robbie O’Bryan, and Lyle Allen) did not tally so much as a single hit, R.B.I., or walk between the four of them.

Both encouraging and maddening is the fact that, once again, the Red and Black pitching staff acquitted itself at least adequately. Starter Stephen Dodson crossed paths with 24 batters in five frames, striking out five, walking one, and surrendering three earned runs on seven hits. In three innings’ worth of work, reliever Dean Weaver struck out three, walked one, and gave up neither a hit nor an earned run.

Ooooh, Dean Weaver, I believe you can get me through the night, but, without some dadgum run support, I doubt whether you’ll be able to get us to the super regional round.

Alabama left more men on base (5-3) but Georgia committed more errors (2-0). The Diamond Dogs turned the outing’s only double play and collected the contest’s lone triple, but the Classic City Canines also plunked the game’s only two hit batsmen, amassed only half of the game’s four doubles and only a quarter of the game’s four stolen bases, and tallied neither of the game’s pair of sacrifice flies. When you don’t hit, field, run, or score as well as the other guys, you’re generally going to find yourself on the worse end of the final score.

All hope of hosting a super regional is gone, although, the way the Red and Black are playing right now, they’ll be lucky to advance past the regional round, particularly if they wind up facing Georgia Tech or South Carolina in Athens. Since defeating Florida on April 25, the Diamond Dogs have dropped nine out of 15 outings, including eight of their last 13 conference contests.

During that 15-game stretch, Georgia has given up seven or more runs eight times and scored four or fewer runs on eight occasions. Along the way, Michael Demperio was lost for the season, Trevor Holder had to be held out of Hoover due to shoulder stiffness, Gordon Beckham’s once-blazing bat cooled considerably, the theretofore-unassailable bullpen got rocked more than a time or two, and even Joshua Fields proved at least somewhat human. Aside from the improvement at the plate Bryce Massanari has undergone since becoming a father, none of the news from Foley Field has been good news.

For now, if you’re looking for a silver lining, this is the best I can do: David Perno’s squad at long last gets some time off before the first round of the N.C.A.A. tournament begins on Friday, May 30. Here’s hoping they use it to get rested, get ready, and get healthy. As proud as I am of the Red and Black’s stellar regular season, however, I am made morose regarding the team’s future prospects in light of recent events. Quite frankly, if I were a betting man, I certainly wouldn’t pick this team to make it to the super regionals and I don’t know that I like the Classic City Canines’ chances of winning another game.