Ere the weekend’s baseball action got underway, I offered a partial response to the playoff proposal put forth by Garnet and Black Attack’s Brandon before he went fishing (metaphorically, of course).

I was pleased to see this subject generate some discussion, particularly since Brandon’s subsequent posting upon the subject helped to highlight the extent to which this has been a topic of offseason discussion at Addicted to Quack, Around the Oval, the Georgia Sports Blog, MGoBlog (on multiple occasions, in fact), and, of course, Sunday Morning Quarterback. Accordingly, I now return to my reply to Brandon’s points in opposition to popular anti-playoff arguments, secure in the knowledge that this remains a central issue of contention in the intercollegiate athletics blogosphere.

Ah, the pomp, the circumstance of the Rose Bowl (presented by Citi). So perfect, so noble, so aimed at infusing millions of dollars of tourist money into the Pasadena economy. . . .

Now, with some bowls, like the Rose, there is a degree of pround tradition there.

But there is no tradition to the Tostitos BCS National Championship Game.

Let's not even get started on the tradition of the International Bowl, an abomination that has to qualify as a war crime against the nation of Canada.

Obviously, I have a hard time quarrelling with some of that. Were it up to me, I would restore the old bowl order, whereby the S.E.C. champion always went to the Sugar Bowl and the Big Ten and Pac-10 champions always met in Pasadena. It isn’t up to me, however, and, besides, as has been pointed out at Carolina March, the current college football landscape of twelve-member superconferences and no remaining independents of significance probably renders a restoration of the old order impossible, in any case.

That, however, does not mean that there are not valuable bowl traditions worthy of being preserved. The International Bowl isn’t one of them---although I believe I have watched every minute of every International Bowl ever played, which is more than I can say for any first-round N.F.L. playoff game---but venerable pieces of the sport’s long postseason heritage remain viable in Dallas, Miami, New Orleans, and Pasadena.

Moreover, the B.C.S. is not alone at fault for the current deviations from the historic norm in this regard. Yes, the "double-hosting" model for the rotating national championship game is a novel development bolted onto college football’s longstanding postseason structure, but that has been the latest development in an ongoing evolution, not a stark break with a previously steadfast past. 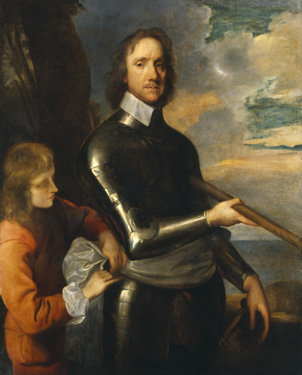 It’s not like it stands for Bowl Cromwell Series.

While the B.C.S. was responsible for the fact that neither of the 2002 Big Ten co-champions went to the Rose Bowl, the B.C.S. was not to blame for the fact that no Southeastern Conference squad appeared in the Sugar Bowl on New Year’s Eve 1995, or for the fact that the Orange Bowl no longer is played at the Orange Bowl. The drive for an annual No.-1-v.-No.-2 showdown, which produced the Coalition and the Alliance before culminating in the B.C.S., wrought incremental changes leading up to the current system. Mindless calls for a "true" national championship game---the very siren song to which playoff advocates have fallen victim---resulted in the B.C.S.

Beyond that, though, it isn’t as though the B.C.S. national championship game represents as dramatic a departure as a playoff would represent. At least the double-hosting approach keeps the national title tilt at the game’s historic bowl sites; there is no guarantee that a college football playoff would even do that.

Maybe the B.C.S. doesn’t preserve as much of the sport’s tradition as I would like, but it salvages much, much more of it than any N.C.A.A.-approved tournament arrangement would. I agree with Thomas Jefferson that half a loaf is better than no bread. If we cannot safeguard all that is valuable in college football’s heritage, let us preserve what we can.

Brandon goes on to argue:

3. Is controversy good for the sport?

Sure, it's nice to argue about who should have won the national championship in such-and-such a year, when UPI picked this team and AP that one, etc. But when you have a "national championship game," this is nonsense. In fact, to exclude a team like 2003 Southern Cal from the mix isn't just controversial; it's manifestly unfair. It's against the values of fair play and sportsmanship that are supposed to lie at the heart of any sport. Put the way we like to say it in the South: It just ain't right.

I freely admit that the Trojans got hosed in 2003 by being excluded from the Sugar Bowl. Fortunately, though, an otherwise untenable situation was salvaged by the continued vitality of the Associated Press poll, whose 1936 debut came four years after the N.F.L. introduced its original "plus-one" playoff game and more than three decades before professional football established a playoff which was anything other than a tiebreaker.

When told his team had been excluded from the designated national championship game, Pete Carroll responded appropriately, stating in interviews that he wasn’t disappointed because his U.S.C. team was ranked No. 1 in both historic polls and was going to the Rose Bowl to play Michigan with a national championship on the line. He was right, the 2003 title was split, and an outcome that offered less closure but probably more correctness was obtained.

Under a playoff, there’s no way out of a ridiculous result. If the Giants beat the Patriots, then the Giants are the N.F.L. champions, no matter how preposterous that may be. All tournament formats foreclose options and produce occasionally absurd results, from the cognitive dissonance of a team winning a national championship without first winning its conference championship (the risk of Brian’s playoff proposal) to the absurdity of lowly conference champions from weak leagues getting a shot at winning it all (the risk of Brandon’s playoff proposal). In college football, where human judgment remains relevant as it does nowhere else in sports, the A.P. voters were able to rectify a wrong. 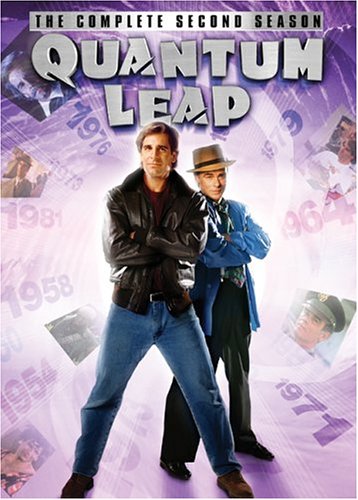 "It just ain’t right"? What just ain’t right? The reality that the flexibility of the historic bowl structure prevented Southern California’s unjustifiable exclusion from the designated national championship game from robbing the Men of Troy of their fair share of the national championship? That, by me, is a no-harm-no-foul scenario if ever there was one . . . and Division I-A college football’s postseason format stands alone in all of organized sport at every level in allowing for such a possibility. 2003 was a triumph of the traditional system, a result worthy of praise rather than condemnation.

Controversy is good for college football, but at least college football’s controversies concern outcomes which are arguable, from the exclusion of Oregon in 2001 or Auburn in 2004 to the denial of a title to Alabama in 1966 or Penn State in 1994 to the dividing of a championship between Colorado and Georgia Tech in 1990 or Miami (Florida) and Washington in 1991. At least college football allows fans like Brandon to argue, "It just ain’t right."

Under a playoff, though, there is no right or wrong; there is only the result, no matter how incongruous or irreconcilable with previously established facts. If a team that didn’t win its conference championship, or even a team that finished with a losing record in conference play or a record barely above .500 over the course of an entire season, goes on to win the postseason tournament, that team gets to hoist a trophy and there is no arguing about it. Simply stated, playoffs demand that you check your brainpower at the stadium gate; the subtleties and nuances of such thinkers as Brian Cook and Sunday Morning Quarterback are among the most powerful arguments in opposition to adopting the approach they advocate, which would reduce to a mere spectator sport a game that now engages such fine minds as theirs. 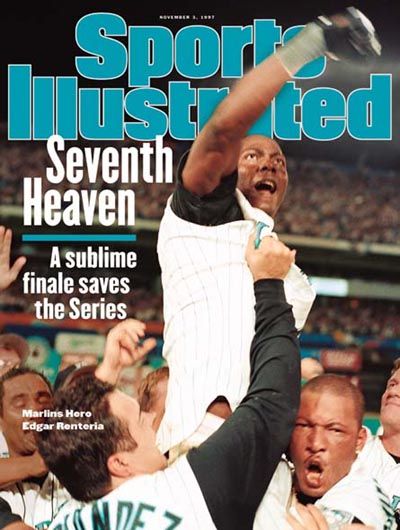 Do not get me started on this nonsense!

All sports have controversies. Maybe college football’s fixation with arguing over the controversies decades afterwards (the fact that Ara Parseghian’s gutlessness in the 1966 Michigan State-Notre Dame game was rewarded absolutely turns my stomach, in spite of the fact that the contest settled a national championship bestowed two years before I was born) has its unhealthy elements, but it’s a darn sight more healthy than any playoff format that renders inarguable would-be (read: should-be) controversies that are shameless and scandalous, yet must be accepted blindly without question.

We should bear in mind what Brandon admits . . . namely, that our modern conception of playoffs was very much a late arrival on the scene. The oldest B.C.S. bowl game is two years older than the World Series; the youngest B.C.S. bowl game is only three years younger than the first game to bear the "Super Bowl" name. When the N.C.A.A. basketball tournament began (three years after the A.P. college football poll crowned its first national champion, mind you), only eight teams were invited, and that format did not change until 1951. From 1903 until 1968, the World Series functioned much like the B.C.S.: the league champions with the best records met in the Fall Classic. As noted previously, the N.F.L. eschewed playoffs in favor of a single designated postseason contest (called simply the "N.F.L. Championship Game") from the early ‘30s through the late ‘60s.

It is, I believe, no accident that two storied sports which are cultural fixtures in the United States---professional football and major league baseball---retained a single established national title tilt for decades and did not chart the misguided playoff course until the hippy-dippy social upheavals of the radical years 1967 and 1969, respectively, caused the powers that be in both sports to take leave of their senses. The leftward lurches accompanying those departures from athletic tradition serve to remind us that, in sports, as in Cold War politics, there’s a republican system that allows decisions to be made by voting (which, however imperfect, at least possesses democratic legitimacy and human judgment) and there’s an authoritarian system that requires decisions to be imposed from above without regard to logic, evidence, or common sense. In my book, that critical distinction renders playoffs quite literally un-American.