After losing in the first game of Friday’s double-header and winning in the second contest of the twin bill, the Diamond Dogs needed the victory on Saturday to clinch the series. In another shootout reminiscent of the previous afternoon’s outing, Alabama outgunned Georgia to produce a final score reminiscent of a 1960s football game.

Nathan Moreau began his stay on the mound by persuading Josh Rutledge to fly out to center field to lead off the top of the first canto. It was pretty much all downhill from there for the Georgia pitching staff, as Ross Wilson walked and Brandon May followed that up with a home run to right field to make it 2-0 in favor of the Crimson Tide. Although Alex Avila tacked on a single in the next at-bat, Kent Matthes and Matt Bentley achieved only outs.

After the Red and Black were retired in sequence in the home half of the frame, the visitors tried to pick up where they left off in the top of the second stanza. Ryan Rhoden sent a one-out single into left field and, once Alex Kubal had sacrificed him over to second, Rutledge registered the base hit that advanced the Crimson Tide designated hitter to third. Wilson’s subsequent foulout stranded Rhoden 90 feet from home plate.

Bryce Massanari drew a one-out walk in the bottom of the inning to become the first Georgia baserunner of the afternoon. It appeared as though the Classic City Canines would get something going when Lyle Allen walked, as well, but Jake Crane sent a double-play ball to short to squelch the scoring effort. Alabama had only a one-out walk by Avila to show for the top of the third canto. 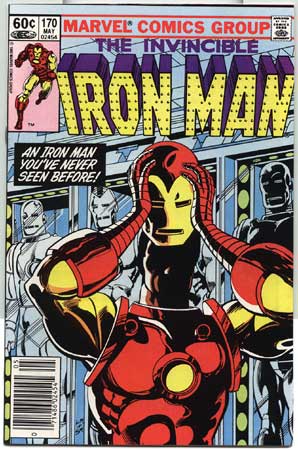 Alabama designated hitter Ryan Rhoden went two for three on Saturday, but that wasn’t enough to earn Rhodey a chance to don the armor in the new "Iron Man" movie, since Jon Favreau says War Machine won’t appear until the sequels.

Matt Cerione notched the first Georgia hit of the day when he led off the bottom of the stanza with a home run to left field. David Thoms followed that up with a base hit and, although Ryan Peisel reached on a fielder’s choice, the Bulldog second baseman advanced successfully to his accustomed position on an error by his counterpart, thus allowing Matt Olson to bring him home with a sacrifice fly.

A base hit by Gordon Beckham put runners at the corners and, when Rich Poythress was thrown out at first, Peisel scored. While Massanari grounded out in the next at-bat, the Diamond Dogs’ three-hit, three-run inning still had been sufficient to give the home team a one-run lead.

Alabama answered in the top of the fourth frame. Bentley popped up to begin the proceedings, after which Jake Smith and Rhoden drew bases on balls. A Kubal single scored Smith, but an error on the play permitted Rhoden to cross home plate, as well. The next two Crimson Tide batters flied out, but ‘Bama had retaken the lead.

After Allen flied out to get the bottom of the canto underway, Crane was hit by a pitch, Cerione and Thoms collected consecutive singles to load the bases, and Peisel plated a pair of runs with a double to center field. Thoms came home on Olson’s sacrifice fly and Peisel scored on Beckham’s base hit. A Robbie O’Bryan home run plated two more, and, when Massanari grounded out to end the inning for the second straight stanza, Georgia held a 9-4 advantage. 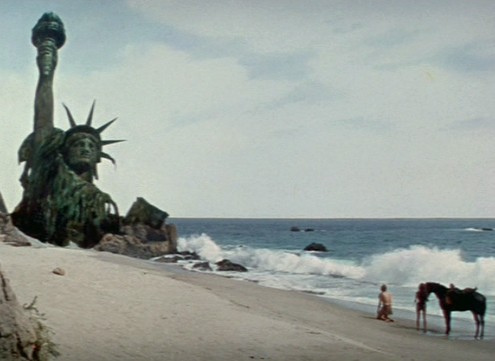 After the high point in the bottom of the fourth inning, everything continued to get worse for the home team, much as matters deteriorated for the "Planet of the Apes" franchise after Charlton Heston discovered the Statue of Liberty on the beach. I mean, come on . . . Sheriff Lobo as the gorilla general in "Battle for the Planet of the Apes"?

The fifth frame commenced with Justin Grimm on the mound in the top of the canto. He elicited a groundout from May before conceding a home run to Avila. The Bulldog reliever retired the next two batters to prevent the visitors from narrowing the gap still further. Allen and Crane began the bottom of the inning with back-to-back base hits, but a groundout, a strikeout, and a flyout by the next three batters stranded the would-be insurance runs.

This left the door open for the Crimson Tide, and, in the top of the sixth stanza, Alabama took advantage of its chance. Rhoden got things started with a one-out single to left field. The next three at-bats produced doubles by Kubal, Rutledge, and Wilson, who between them batted in three runs in the process. This signaled the end of the line for Grimm, who was succeeded by Dean Weaver.

The latest Georgia reliever surrendered an R.B.I. single to May. Avila’s subsequent single was exacerbated when Matthes reached on an error to load the bases for Bentley, whose base hit plated two more runs. A Smith single sent Matthes homeward, but the Crimson Tide right fielder was thrown out at the plate. After Rhoden was plunked, Kubal grounded out to conclude a disastrous eight-hit, six-run canto compounded by a Bulldog error.

Olson opened the home half of the frame with a base hit to left field and, when Beckham then drew a walk, it appeared as though Georgia might have an answer. However, O’Bryan flied out, Massanari struck out, and Olson was caught stealing to prevent additional scoring by the Red and Black. Consecutive one-out singles by Wilson and May in the top of the seventh stanza allowed Avila to plate another run with a sacrifice fly before Matthes popped up to end the inning. 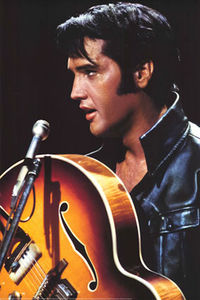 The Diamond Dogs were retired in sequence in the bottom of the canto on a foulout, a groundout, and a strikeout. Three of the four Alabama batters in the top of the eighth frame flied out, struck out, and popped up, but Smith managed to insert a one-out solo shot to left field into the mix to give the visitors a 13-9 advantage.

Undaunted, Miles Starr led off the bottom of the inning with a base hit to left field. It appeared as though this effort would be wasted when Peisel flied out and Olson reached on the fielder’s choice that cut down the lead runner, but Beckham walked, O’Bryan knocked a run-scoring single to center field, and Massanari drove a three-run blast to left field for the home run that tied the game. Allen flied out to bring Joshua Fields to the mound for the visitors’ half of the ninth stanza.

The Georgia closer surrendered a leadoff single to Rutledge and walked Wilson. It seemed as though these baserunners would prove harmless when Fields struck out May and coaxed a flyout from Avila, but he then plunked Matthes to load the bases. There followed one of the most disastrous plays in Bulldog baseball history: Fields threw the wild pitch that scored Rutledge, Crane made the error that allowed Wilson to score, and Peisel made the error that allowed Matthes to move into scoring position.

A Bentley double plated the Crimson Tide right fielder before Smith struck out swinging to put a two-hit, two-error, three-run inning in the books. The Diamond Dogs went quietly in the bottom of the frame on two groundouts and a lineout to wrap up the loss that cost the Classic City Canines the series. In the course of being out-hit by a 19-14 margin, the home team committed four errors in Saturday’s rubber game. That made the difference in an outing in which Alabama left nine men on base and Georgia stranded only five.

The box score for Saturday’s game should have been accompanied by one of these.

The Red and Black’s final conference mark of 20-9-1 was the best regular-season S.E.C. ledger in school history, bettering by half a game the 20-10 record compiled by the 2001 league champion Diamond Dogs. Why, then, do I feel so discouraged heading into Hoover? Could it be because Nathan Moreau faced 20 batters in four frames, gave up five hits and four walks, and allowed four runs? Could it be because Justin Grimm and Dean Weaver surrendered a dozen hits and nine runs between them?

Despite the disturbing signs that the Diamond Dogs are worn out after the long grind of their grueling schedule, Georgia earned the top seed in the S.E.C. tournament, which will begin with the Red and Black taking on eighth-seeded Ole Miss on Wednesday night. During the campaign, the Classic City Canines took two of three from the Rebels, who finished in third place in the Western Division with a 15-15 conference mark.

Georgia and Mississippi both stumbled down the stretch, with each going 5-5 through the final ten games. The Rebs are 6-6 against top 25 teams, whereas the Bulldogs are a league-leading 18-10 against ranked opponents, and the Red and Black are 2-2 in neutral-site contests, in which Ole Miss is 0-2. The Rebels are coming off of an eleven-inning marathon on Saturday and they have given up nine or more runs six times in their last 13 games.