After losing a slugfest in the first game of Friday’s double-header against Alabama, the Diamond Dogs took the field in the nightcap and won a one-run ballgame to even the series with the S.E.C. tournament-bound Crimson Tide.

Stephen Dodson was on the hill in the top of the first frame and he retired the first two batters he faced before surrendering a single to Alex Avila. Brandon May doubled in the next at-bat to bring the ‘Bama designated hitter home, so, by the time Matt Bentley grounded out, the Crimson Tide had taken a 1-0 lead. The Red and Black went three up and three down in the home half of the canto.

No visiting batter made it as far as first base in the top of the second stanza, but Rich Poythress led off the bottom of the inning with a base hit to left field. Bryce Massanari followed that up with a single of his own and both baserunners advanced on a Lyle Allen sacrifice. When Robbie O’Bryan reached on a fielder’s choice, Poythress was thrown out at home and the scoring opportunity ended when Matt Cerione reached on a fielder’s choice, as well.

Dodson retired the side on a foulout, a lineout, and a groundout in the top of the third canto. Although David Thoms was hit by a pitch at the outset of the home half of the stanza, the next three Bulldog batters tallied only outs to strand him. Avila led off the fourth frame with a home run to left field to make it 2-0, but the only one of the next four Alabama batters to make it as far as first base was Bentley, who was plunked. 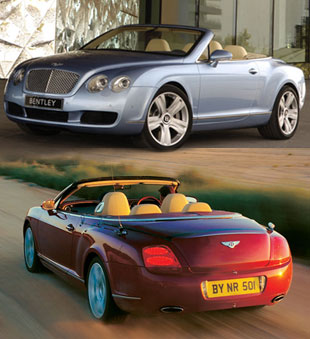 Poythress responded with a leadoff home run of his own in the home half of the inning and, even though Massanari followed that up with a base hit, the ensuing trio of Georgia hitters registered three outs in succession. Dodson plunked Jake Smith at the outset of the fifth canto and Kyle Moore’s ensuing single moved the Crimson Tide third baseman over to second, but Smith was stranded in scoring position when a flyout, a strikeout, and a groundout followed.

The Diamond Dogs had only a two-out single by Matt Olson to show for their half of the fifth frame and Alabama likewise sandwiched a Bentley base on balls amid a trio of flyouts in the top of the sixth stanza. The Red and Black finally got something going in the bottom of the canto, which began with a Poythress walk.

Massanari then drove the home run to left field that gave the Classic City Canines a 3-2 lead. After Allen grounded out, O’Bryan drew a walk and was replaced on the basepaths by Adam Fuller, who took second on a Cerione single. After a double-steal put runners at second and third, Thoms stared at a called third strike and Ryan Peisel popped up to end the inning.

The Red and Black did not get to enjoy their advantage for long, though. The hurling duties fell to Alex McRee at the start of the seventh frame and he extracted outs from the first two batters he faced. Thereafter, however, Josh Rutledge sent a single to center field and took second on a wild pitch before Ross Wilson drove a home run to right field. Avila struck out in the next at-bat, but not before Alabama had retaken the lead.

Crimson Tide center fielder Tyler Odle failed to get a hit in three at-bats, but, then again, what did you expect from a cartoon dog of questionable intelligence?

The home team set about answering the challenge in the bottom of the canto. Gordon Beckham belted a one-out home run to right field to tie the game and Massanari drew a two-out walk which went to waste when Allen hit into a fielder’s choice. After McRee surrendered a two-out double to Kent Matthes in the visitors’ half of the eighth stanza, Joshua Fields came on to coax the requisite strikeout from Del Howell.

The Diamond Dogs went three up and three down in the bottom of the inning and Fields retired the side on a pop-up, a flyout, and a strikeout in the top of the ninth frame. The Red and Black then took full advantage of their opportunity in the home half of the canto, as Peisel walked, Olson moved him over to third with a base hit, and the Georgia third baseman scored the unearned winning run on an error by Alex Kubal.

One of the strengths of this Georgia squad is its ability to bounce back from a poor performance. After the Crimson Tide had a huge afternoon at the plate in the initial outing, the Red and Black held Alabama to seven hits, with only Alex Avila having a multi-hit nightcap. Both starting pitchers lasted six stanzas, but Austin Hyatt gave up seven hits and three earned runs to Stephen Dodson’s four hits and two earned runs allowed. Joshua Fields reliably retired the final four batters, striking out two without conceding a hit, a walk, or a run.

Friday evening’s win improved the Diamond Dogs’ ledger to 35-18-1 overall and 20-8-1 in conference play, tying the school record for S.E.C. victories in a single regular season and setting up a series-settling showdown for Saturday afternoon.