Share All sharing options for: Don't Bet On It!: Bowl Edition (Part VII)

It’s here. It’s finally here. No, I don’t mean Christmas Eve . . . I’m talking about the last installment of my postseason predictions. We’re down to the big four two games you probably care about and two more you probably don’t the national championship game and three other games that are just there for the sake of being there. Whichever way you happen to fall upon the question of these games’ particular importance, remember: Don’t Bet On It!

Ladies and gentlemen, the last four games of the 2008 college football season:

International Bowl: Buffalo v. Connecticut (January 3): Well, of course. I mean, nothing says "international" quite like a team from New York taking on a team from Connecticut. This purely regional showdown between two teams who surely should have been conference coevals under any sensible arrangement of league affiliations has no business being billed as in any way "international," even if the Worldwide Leader pulls its usual cutesy move of fielding an all-Canadian broadcast team. Give me William Shatner, Alan Thicke, and the McKenzie brothers or don’t bother. In this clash of two coaches who really ought to have better jobs than these, the Huskies will get the better of the Bulls, eh? 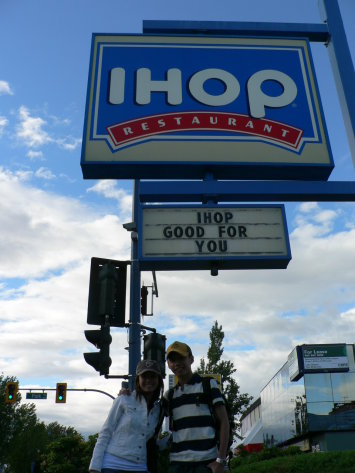 Fiesta Bowl: Ohio State v. Texas (January 5): Tempe has become something of a home away from home for the Buckeyes, who spent the postseason there four times between the 2002 and 2006 campaigns. I’ve never quite been able to figure out why the folks in the Copper State are so inclined to invite O.S.U. to ring in the new year in the desert, unless perhaps they feel like they owe it to Ohio State out of gratitude for the Buckeyes’ having taken John Cooper off their hands. In any case, this O.S.U. squad is not quite of the caliber of those that ended the autumn with a win in Tempe, as the Bucks haven’t actually beaten any particularly good teams, whereas the Longhorns have. (Yeah, we know. 45-35. Give it a rest. The only reason the U.T. faithful aren’t the most annoying fans on earth after ludicrously overemphasizing a rivalry win in which their team scored 45 points is that Georgia Tech fans exist. Most of them remained in hiding as recently as the Friday before Thanksgiving, but they exist and they’ve crawled out of their holes to make their presence known. Anyway, it was just one game. Get over yourselves, all of you.) I’m taking Texas to deliver a Buckeye beatdown.

GMAC Bowl: Ball State v. Toledo (January 6): O.K., seriously, these really are two teams from the same conference, right? Do the last three letters of "GMAC" literally stand for "Mid-American Conference"? I always thought GMAC was a mortgage company and the first three quarters’ worth of points counted towards interest rather than principal. Of course, in light of the $700 billion bailout of the industry that sponsors this bowl game, it’s entirely possible both teams will be taking home nine-figure payouts delivered directly from the U.S. Treasury Department. Regardless, the Cardinals are overrated, but they’re good enough to get by Toledo. (Note: Honestly, the bowl schedule I was working from said Toledo, not Tulsa. O.K., Tulsa makes a lot more sense. Ball State is still going to win, though.)

. . . And now the moment for which you all have been waiting! Which team will win the national title? Here’s a hint: the logo is orange and blue, and it has the word "Florida" in it.

B.C.S. National Championship Game: Florida v. Oklahoma (January 8): I thought the Gators were going to win this one before the Heisman Trophy presentation, but Sam Bradford’s victory in New York absolutely cinched a Saurian victory in Miami. Heisman Trophy winners have a poor track record in the postseason, both because they spend much of December doing interviews rather than getting ready to win a football game and because the stiffarm trophy might as well be a target on the recipient’s chest, so the fact that Sam Bradford beat out Tim Tebow for the award virtually assures that it’s going to be Reggie Bush against Vince Young all over again. At this point, Bradford ought to have the same attitude toward the national championship game that Burt Reynolds had in "The Longest Yard": don’t think about winning, just worry about surviving. If Bradford leaves the field under his own power, it’s a moral victory for O.U., but there really is no doubt about the outcome, as will be made clear, Sooner or Gator.

There you have it, boys and girls . . . all 147 34 bowl games, picked incorrectly and everything! Now sit back, have fun, enjoy the rest of the season, and, whatever else you do . . . Don’t Bet On It! have a merry Christmas!