In the interstice between the end of the regular season and the start of the bowl games, we all have followed with interest the annual rotation of the coaching carousel. Now that a few crucial hires have been made, it is time to begin offering early assessments on the apparent wisdom, vel non (in this case, "vel non" being Latin for "Auburn"), of particular schools’ selections. Here now, I give you . . .

Will Muschamp (Texas): Boom! I wrote at the time that this was the best hire of the offseason and my opinion has not changed. Coach Muschamp is an outstanding defensive mind, a fiery motivator, and a young coach who genuinely loves the game. Frankly, if he didn’t have quite so much hair, I might find myself wondering exactly where Erk Russell was nine months before William Larry Muschamp arrived in the world. By locking down a rising young talent of Coach Muschamp’s caliber, the Longhorns ensured their future success for the long haul. The Burnt Orange will be good consistently for the next 20 years because of the U.T. administration’s commendable foresight in making this great call. 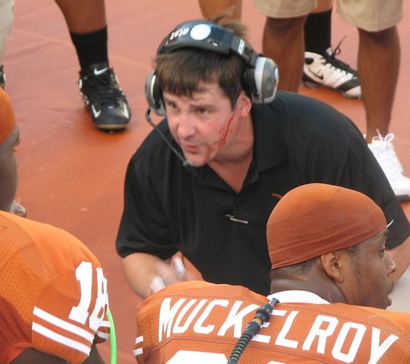 It makes you proud to know he’s a Georgia man.

Dabo Swinney (Clemson): Once again, I thought highly of this hire from the beginning and I believe Terry Don Phillips shrewdly managed this situation. When Tommy Bowden stepped aside halfway through the season, the Clemson athletic director knew he had the man he wanted already on campus, so, while he made a very public show of conducting clandestine interviews with every big name prospect his fan base wanted while flying hither and yon in a great big unobtrusive orange and purple plane with a gigantic tiger paw on the tail, Coach Swinney was unifying the team, energizing the fan base, and salvaging a lost season from the scrap heap. In Dabo Swinney, the Tigers have a former Alabama player and assistant coach who made the jump from Clemson position coach to Clemson head coach and was officially named the top man at Fort Hill in time to lead the Country Gentlemen into battle with a scarlet-clad traditional power in the Gator Bowl in a season ending in "8." If that sounds familiar to you, it should, because that’s the story of another successful Clemson head coach. Here’s a hint: he wasn’t a Chevrolet or a Pontiac. 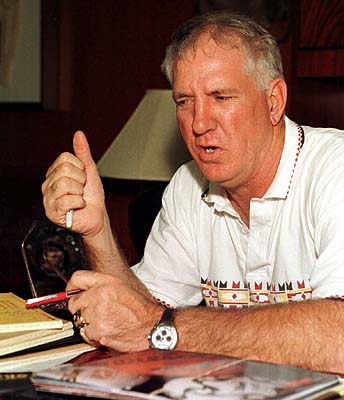 Ford. Get it? We were going for Ford.

Dan Mullen (Mississippi State): There’s certainly an argument to be made for the proposition that former Florida coordinators make good head coaches, as evidenced by the fellow who will be wearing the visor on the opposite sideline from Urban Meyer on the night of January 8. There are real questions, however, how good a fit Coach Mullen will be in Starkville. A native Pennsylvanian with previous coaching stops in New York, Indiana, Ohio, and Utah, Dan Mullen has all of four years of familiarity with the Southeastern Conference and, indeed, with the South. Yes, I know, prior S.E.C. experience is not a prerequisite, but, when competing against an in-state rival in Houston Nutt who knows the lay of the land, Coach Mullen will have the deck stacked against him from the get-go if he proves unable to acclimate himself to his new environs. If he successfully can make the transition from a brief stint in the Sunshine State to a long-term stay in the Magnolia State, Coach Mullen can accomplish as much as it is possible to accomplish at Mississippi State . . . but that’s a big "if." 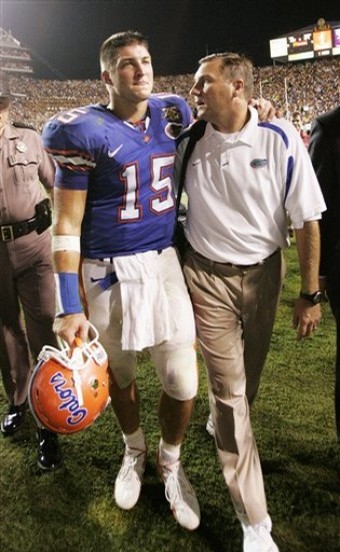 Coach Mullen may also be distracted by homesickness when he realizes how much he misses those long walks alone with Tim Tebow. (Photograph by Bill Haber/Associated Press.)

Gene Chizik (Auburn): An old friend of mine from college was in town last weekend and we had arranged to get together for a late supper on Saturday evening. As I was getting ready to go, I got a call on my cell phone. I didn’t get to the phone in time, but the call was from Doug Gillett, who left me a message informing me of this horrible, horrible hire. This was a public relations debacle, a bafflingly inexplicable choice, an indescribably awful idea, and the most clear-cut evidence that this is not as desirable a job as its boosters believe since Vince Dooley spawned a cottage industry producing bumper stickers bearing the slogan, "Some folks wouldn’t go to Auburn for a million bucks." (I, by the way, am one of them, inasmuch as I hate Auburn. Shame on you if I ever convinced you otherwise.) Coach Chizik took over a small-time Iowa State program that was far from broken and drove it straight into the ground more rapidly than one would have thought possible for a team not led by a Mike Leach-less Hal Mumme. Short of Patrick Nix---and even that is debatable---Auburn could not have made a worse hire from the choices it had available to it. As far as despised rivals hiring program-killing coaches go, I could not have asked for a Christmas gift that keeps on giving as richly as this one will. Giving this hire an F would be an insult to those whose failure is of a merely ordinary, rather than grandiose, variety. 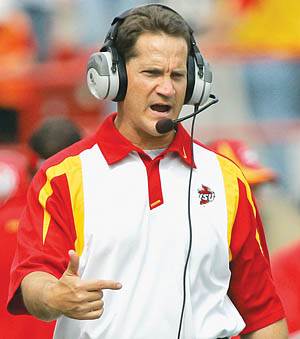 How bad was this hire? It’s already spawned a new word, and not a complimentary one, either.

I’ll be back soon with the latest installment of the postseason edition of "Don’t Bet On It!" Stay tuned. . . .