Share All sharing options for: Don't Bet On It!: Bowl Edition (Part I)

The dour mood of Bulldog Nation has been ameliorated somewhat by our oldest rival’s having fallen victim to one of the classic blunders, the most famous of which is: "Never get involved in a land war in Asia." Only slightly less famous, however, is the dictum: "Never hire a head coach with a ‘Z’ in his last name to lead a Southeastern Conference program!"

Inasmuch as my mood has been uplifted by this development on the Plains, I suppose now is as good a time as any to begin tackling my postseason prognostications. How much stock should you put in these forecasts? Well, I went an abysmal 2-4 in my most recent set of predictions to strand me at 45-36 in national picks and 68-18 in S.E.C. forecasts, so my usual advice remains sound advice: Don’t Bet On It!

Here are the first five bowl games, which begin next weekend:

EagleBank Bowl: Navy v. Wake Forest (December 20): I’m sorry, what? There’s a bowl game in Washington, D.C., named after a bank? Is that where that $700 billion bailout money went? I mean, I share Paul Westerdawg’s affinity for televised crappy small bowls and all, but this is a bowl game strictly for the sake of being a bowl game. The Midshipmen lead the nation in rushing offense (298.3 yards per game). The Demon Deacons rank 21st in the country in rushing defense (116.1 yards per game allowed). The U.S.N.A. will get its yards, but Wake Forest’s soporific style of playing rope-a-dope football until the other team is bored into losing seems a good bet to prevail against the best independent squad in the land. I’m going with the Deacs to beat the Middies in this battle of nicknames straight out of "Gidget." 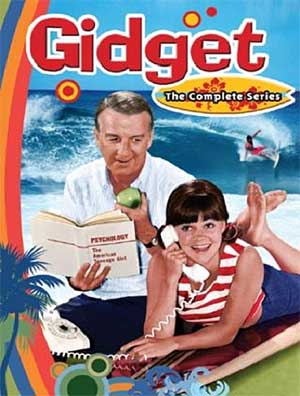 New Mexico Bowl: Colorado State v. Fresno State (December 20): I’ll be honest with you . . . I’m not entirely sure that this isn’t a conference game that someone forgot to squeeze into the regular season schedule and had to find a way to work into the bowl lineup. Pat Hill’s best shot at winning this one is to borrow a page from Mike Leach’s book of bizarre pirate antics and force all of his players to wear eye patches over their right eyes, so they can only see the "Colorado" and not the "State." If the Bulldogs think they’re playing a B.C.S. conference team, they have an excellent chance, but, against a team from their own weight class, I’m nowhere near as confident. I’m going with F.S.U., but barely.

St. Petersburg Bowl: Memphis v. South Florida (December 20): I think it’s great to see how college football’s popularity has expanded to the point where even the Russians are hosting bowl games. If you aren’t familiar with this particular postseason tilt, it’s because it’s been through more name changes than the Champs Sports Bowl, having been known as the St. Petersburg Bowl (1703-1913), the Petrograd Bowl (1914-1923), the Leningrad Bowl (1924-1990), and the St. Petersburg Bowl (1991-present). The Bulls, by the way, are going to open up a can on Memphis. 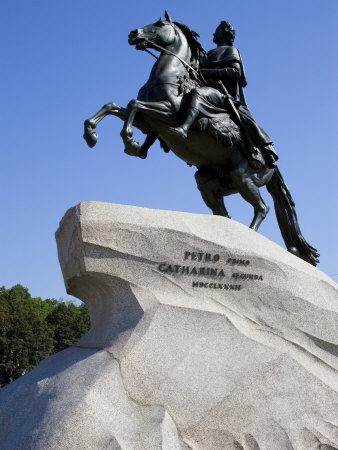 Expect to see a commercial sometime in the second half in which the accident-prone dolts from the insurance ads knock over this statue with their car.

Las Vegas Bowl: Arizona v. Brigham Young (December 20): I’m going to keep asking this question until I get a satisfactory answer. If the bowl game in Detroit is the Motor City Bowl and the bowl game in Nashville is the Music City Bowl, why isn’t the bowl game in Las Vegas the Sin City Bowl? Actually, we may have our answer, since the Cougars seem to be in this game every season, and I suspect the administration at B.Y.U. wouldn’t agree to permit its student-athletes to make a Mormon mission trip to anything called the "Sin City Bowl," lest the team members be tempted to scarf down a cup of caffeinated coffee with the confidence that what happens in Vegas stays in Vegas. What won’t stay in Vegas is the loss the Wildcats are going to absorb. Brigham Young has proven it can beat a mediocre Pac-10 team and the Cougs will claim victory over ‘Zona in Sam Boyd Stadium.

New Orleans Bowl: Southern Miss v. Troy (December 21): All right, seriously . . . do you mean to tell me this isn’t a conference game? O.K., maybe not, but is there really a meaningful difference between the top of the line in the Sun Belt and the middle of the pack in Conference USA? Moderately dangerous S.E.C. schedule fodder is moderately dangerous S.E.C. schedule fodder, right? (Ere any Golden Eagle fans take the time to remind me that U.S.M. knocked off the ‘Dawgs between the hedges in 1996, let me hasten to add that we fired Jim Donnan 58 games too late.) In all seriousness, the Sun Belt has been performing fairly well in the Superdome lately, so I’m going with the Trojans to take home the victory.

Five down, 106 to go! I’ll be back after a while with the next installment of my postseason picks, but, in the meantime, please refrain from wagering on my prognosticating skills, which are, quite frankly, atrocious. You heard it here first: Don’t Bet On It!