If you haven't really been paying a heck of a lot of attention to Georgia Tech football this season, don't feel bad. The rest of us haven't either. Thankfully, someone has. Fans will recognize special guest Howard Wolowitz as the suave lady's man from the CBS Monday comedy The Big Bang Theory. Not surprisingly, this hunky aeronautical engineer did his master's work at Georgia Tech. He's graciously  agreed to fill you in on all things, um, Techy. 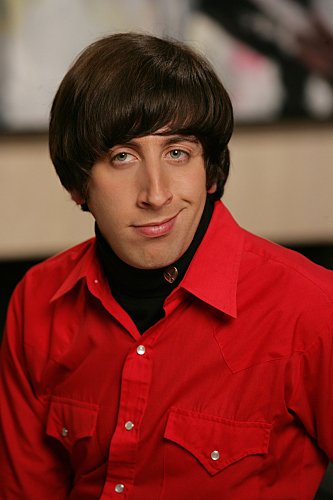 How do you say "menage a trois" in Klingon? I have no idea. But this week we're talking football with the one man who does.

Wolowitz: Please. Georgia Tech students are far more advanced than that. Why don't you just call us neanderthals? We're an online gaming force. A dynasty. Our Halo team has won the NCAA championship two years running. Chicks dig a guy who gets 40% of kills with his battle rifle. Especially in Halo 3, because with the new artificial intelligence . . .

Dawgsports: Of course. So Paul Johnson seems to have been embraced quickly by the Georgia Tech community. Is that in fact the perception inside the hive?

Wolowitz: Yes, one would think that. But he still must prove himself in several critical facets of the head coaching racket. Unlike Coach Friedgen for example (whose Jabba the Hut outfit was legendary around campus), he has yet to stake out a clear position on the Star Trek/Star Wars issue. Of course, on the Flats, it doesn't really matter which one you're for, just so long as you're consistent. Bill Lewis for example went trick-or-treating as Mr. Spock on Halloween 1994, after showing up at the previous night's faculty party dressed as an Ewok. That's no good. He was canned immediately. Tech fans prize consistency over all other deontological maxims. That last sentence, by the way, explains the Chan Gailey era in far less time than that epoch took to actually unfold.

Dawgsports: Will the triple option be as successful next year once everybody in the ACC has had a chance to see it up close?

Wolowitz: Is DragonCon one heckuva party !?!

Wolowitz: To answer your question, critics of the triple option make the logical mistake of thinking that defenses will learn from their mistakes after the first time they face it. This is incorrect for two distinct reasons. One, it attributes far too much institutional memory to the average college football defensive unit. Two, it attributes far too much intelligence to the average college football defender individually. As I've learned designing apparati for use aboard the space shuttle, building a device that withstands the rigors of space is easy. Building one that withstands the rigors of human stupidity is the real challenge. Take the Mars Rover for example . . .

Dawgsports: Guy who answers with a non sequitur says what?

Dawgsports: Nevermind. Say, one of the regular features here at Dawgsports is called "5 Things". It's a list of five players or events we think that our readers will see during the upcoming game. How would you like to do the honors and list them this week?

Wolowitz: Certainly, my good man. I'm fairly certain you'll see Roddy Jones. Tech's slippery "A" back. While all of you seem to be worried about Jon Dwyer, it's easy to forget that Jones has 400 plus rushing yards and is averaging in the neighborhood of 20 yards per catch through the air. He should worry you folks like pre-calculus. Haha, a little MENSA humor. Also, don't be surprised to see us throw the ball. We've gained over 1100 yards through the air this season. Usually when you least expect them. Alas, you'll also see us turn the ball over, at least twice. The question is whether you'll be able to do anything with those turnovers. Especially since you'll also see Matthew Stafford throw at least one interception. Unfortunately, I don't think our banged up defense will be able to stop you. In the end, I foresee a final score of UGAG (haha, more humor) 38, Georgia Tech 31.

Wolowitz: By the way, didn't you say something about introducing me to the cheerleaders . . .