Yeats was right, of course. The center cannot hold; if he did, his team would incur a ten-yard penalty. However, in a season noteworthy for not being remotely as topsy-turvy as 2007, we finally are starting to see some separation, which accounts for why the top 25 upon which I settled last week has given way today to this, as, surely, some revelation is at hand:

Obviously, Alabama (11-0) has reclaimed possession of the top spot, as the Crimson Tide are the last unbeaten team from a B.C.S. conference. Texas (10-1) edged out Oklahoma (10-1) for the No. 2 spot because the Longhorns beat the Sooners head-to-head at a neutral site and the three best victories recorded by Mack Brown’s squad (Missouri, Oklahoma, and Oklahoma State) are superior to those registered by Bob Stoops’s troops (Cincinnati, Texas Christian, and Texas Tech). If O.U. beats the Cowboys, that math will change and the Sooners will move past the Burnt Orange on my ballot.

Florida (10-1) stayed put because the Gators’ victory over The Citadel was meaningless---top five teams are supposed to beat Division I-AA teams 70-19 at home---and because the Saurians’ three best victories (Georgia, Louisiana State, and Miami) did not appreciate in value, as the Bulldogs had an open date and both the Bayou Bengals and the Hurricanes lost by double-digit margins.

Despite the magnitude of the beatdown absorbed by the Red Raiders in Norman, Texas Tech (10-1) fell only as far as No. 5 because Mike Leach’s club still owns quality victories over Oklahoma State and Texas. That gives the Raiders two wins over top ten teams, which is more than can be claimed by the next several contenders.

I moved Penn State (11-1) past Southern California (9-1) because the Nittany Lions added a convincing win over Michigan State to a resume that, like that of the Trojans, already contained a victory over Ohio State. U.S.C.’s second-best win is over Oregon and the Ducks are not on a par with the Spartans. Moreover, P.S.U. defeated handily the Oregon State club that upended the Men of Troy. 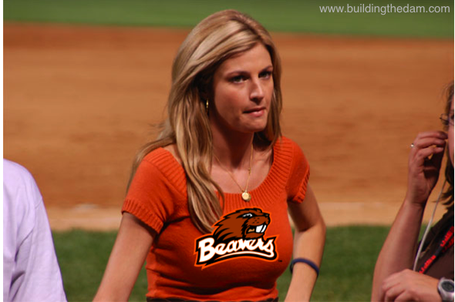 How were the Lions able to dispatch the Beavers? Simple: Erin Andrews wasn’t there to bring Oregon State good luck.

Although Oklahoma State (9-2) was idle and Ohio State (10-2) administered an historic whipping to Michigan, I elevated the Pokes past the Bucks because the Big 12 O.S.U.’s best win (Missouri) is better than the Big Ten O.S.U.’s (Michigan State). The same could be said for the Cowboys’ losses (Texas and Texas Tech), as compared to the setbacks suffered by the Buckeyes (Penn State and Southern California).

Cincinnati (9-2) rose from 16th to 14th, and Pittsburgh (7-3) dropped from 15th to 20th, after the Bearcats beat the Panthers. Pitt’s fall was arrested by the fact that Saturday’s was a quality loss (28-21 on the road) and Dave Wannstedt’s club has a win over Iowa that has increased in value with time.

At long last, there was some separation among the A.C.C. contenders. Georgia Tech (8-3) leapt to the head of the class with the Yellow Jackets’ complete dismantling of Miami (7-4) on Thursday night. The ‘Canes fell completely out of my top 25, as did Maryland (7-4), because neither team was competitive. North Carolina (7-4) survived its 41-10 loss to N.C. State, falling only as far as No. 23 because the Tar Heels boast victories over the Eagles, the Hurricanes, the Huskies, and the Ramblin’ Wreck.

Boston College (8-3) and Florida State (8-3) rose to 18th and 19th, respectively. Neither caught Georgia Tech because the Engineers beat them both head-to-head; the Seminoles did not overtake the Eagles because the latter beat the former when they met recently. Dad gum it, don’t look at me that way, Bobby; you know as well as I do that it’s a perfectly reasonable way to draw a distinction.

Wins over Iowa and Northwestern arrested Sparty’s fall, allowing Michigan State (9-3) to hold fast at No. 16, and Oregon State (8-3) held steady at No. 17 after a lackluster win at Arizona. The Beavers’ in-state rivals made it back into the rankings, as Oregon (8-3) managed to capture the No. 21 slot, due chiefly to a dearth of more worthy options.

Texas Christian (10-2) inched up after pummeling Air Force and Ole Miss (7-4) cracked the top 25 because the Rebels, winners of four straight, won at Florida and at L.S.U., and suffered narrow setbacks at Alabama (by four) and at Wake Forest (by two). Mississippi is Oregon State with a drawl. It’s too bad the Rebels and the Beavers can’t meet in a bowl game, because the dueling pregame readings of William Faulkner by Southerners drunk on sour mash whiskey and of Ken Kesey by Pacific Northwesterners tripping on acid would be spirited.

Those, respectively, are the final margins by which the Chippewas have lost to Michigan, Kentucky, Kansas, Purdue, Clemson, Georgia, and Ball State in their last seven regular-season meetings with teams deemed bowl-worthy outside their own regions. Ball State was the only one to beat C.M.U. by a single-score margin and one of only two not to beat Central Michigan handily. In short, what Ball State did on Wednesday is not what good teams do against the Chips. 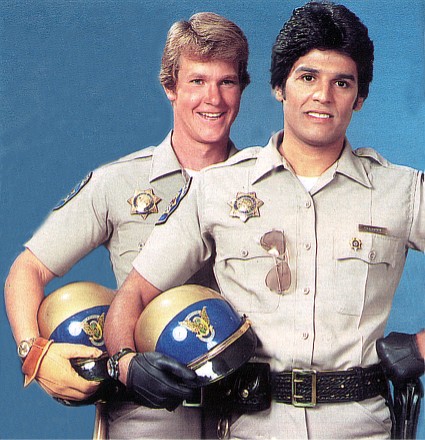 No, not those CHiPs!

Among those also receiving consideration for inclusion were Cal (7-4), Nebraska (7-4), Northwestern (9-3), and Virginia Tech (7-4), with the Wildcats coming closest to securing an actual spot in the top 25.

Over the course of the week, I devoted my attention to the Ball State-Central Michigan game on Wednesday, the Georgia Tech-Miami (Florida) game on Thursday, and the Fresno State-San Jose State game on Friday. On Saturday, I watched essentially all of the Clemson-Virginia game, portions of the Tennessee-Vanderbilt, Notre Dame-Syracuse, and Louisiana State-Mississippi games, and the entirety of the Oklahoma-Texas Tech game.

As always, I am posting my ballot preliminarily in order to provide each of you with ample opportunity to offer feedback, point out inconsistencies, ask questions, and provide constructive criticism before I revise and submit the final version of my ballot prior to the Wednesday morning deadline. By all means, feel free to leave your thoughts on my top 25 in the comments below.