As strange as it seems, casting my BlogPoll ballot gets more and more difficult each week, while separating the Southeastern Conference schools becomes easier with each passing Saturday. It appears obvious to me that this is how the S.E.C. stacks up right this very minute:

1. Florida: Please bear in mind that this is the S.E.C. Power Poll, which is why the once-beaten Gators have seized the top spot from undefeated Alabama. Tim Tebow’s teary-eyed promise following the loss to Ole Miss was not just posturing; no team in the league has played better football since the end of September than the Saurians. These guys look like the mighty Gators of old ("old" being a relative term at a school whose championship tradition dates back to 1991, of course) and, if I had to bet money right now, I’d pick Florida to win another national title . . . which means that, next year, we’ll have them right where we want them at the start of another run of Bulldog dominance in Jacksonville. Everything is working exactly according to my nefarious plan. . . .

2. Alabama: The Crimson Tide remain undefeated, but, while the Gators are becoming more dominant, ‘Bama appears to have spent its best effort earlier in the season. Great teams get better as the autumn goes along and the Tide have been getting by, as three of their last four conference games ended with scores of 17-14 at home, 24-20 at home, and 27-21 on the road against an L.S.U. team that was shellacked by Georgia and by Florida alike. Alabama needed to pick off four of Jarrett Lee’s passes, including one in overtime, to preserve the win. 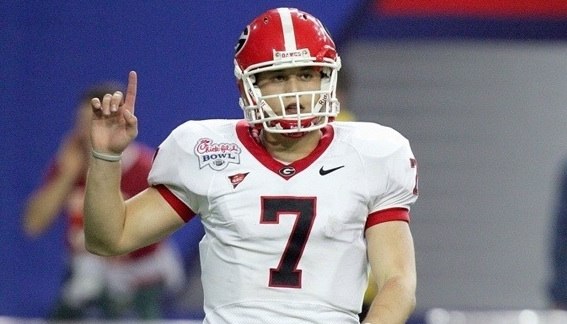 4. Louisiana State: The Bayou Bengals showed heart and character in making a game of it in an emotional showdown with the Crimson Tide. It is a point in L.S.U.’s favor that the home team might have won had its quarterback thrown only three interceptions. It is a point against the Fighting Tigers that their best option under center is a guy who throws four picks at home in the biggest rivalry game of the year.

5. South Carolina: For the first time in a long while, the Gamecocks are a better team in November than they were in September. A year ago, I was grumbling that I’d sure like to get a rematch with the Palmetto State Poultry. This year, I’m glad the ‘Dawgs don’t have to face Steve Spurrier’s squad again.

6. Kentucky: Rich Brooks has done a great job of resuscitating this program. The Wildcats were down 14-0 in the Commonwealth and it looked like they were going to get run out of their own building, but they used dramatically improved special teams to make a real game out of a budding blowout. Three straight postseason appearances is nothing at which to sneeze for U.K. and one has to wonder . . . if Kentucky can come up with a backup quarterback as good as Randall Cobb, why couldn’t L.S.U. come up with a better backup quarterback than it did?

7. Mississippi: The Rebels quietly are putting together a nice season in Oxford under Houston Nutt. The team has a winning record with a marquee victory (over Florida in Gainesville) and all’s right with the world. 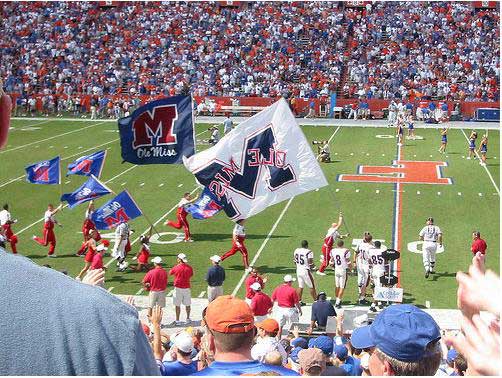 That whole "beating Florida" thing? Y’all need to tell us how to do that. If you do, we’ll tell you how to beat everybody else. So it’s a win-win, really. . . .

8. Vanderbilt: The Commodores rapidly are becoming the Susan Luccis of bowl eligibility. You know, sort of like what Dawg Sports is to the College Football Blogger Awards. . . .

9. Arkansas: The Razorbacks are getting better. They’re still bad.

10. Auburn: I’m not getting a wink of sleep this week, for fear that this will be the game where the Plainsmen put it all together and have their long-awaited breakout game offensively. Until and unless they do that, though, they just stink. I hate Auburn. 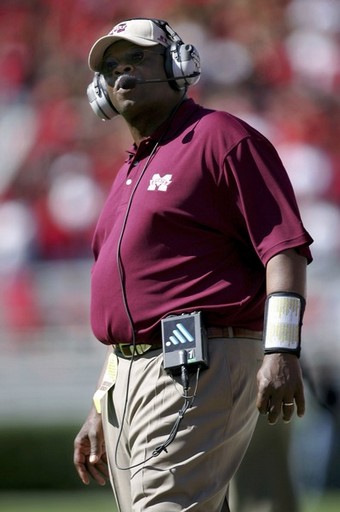 That, at least, is how it seems to me that the S.E.C. stacks up this year, although, of course, your mileage may vary. Please share your thoughts upon the subject in the comments below.