I’ll be honest with you: I’ve had a tough time being indifferent this week. With so much going on in the S.E.C. and around the country---and with Saturday being the World’s Largest Outdoor Cocktail Party and all---it’s hard not to be jacked up about college football in general. 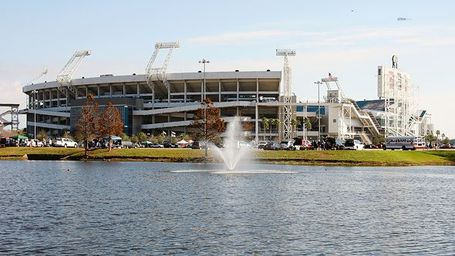 You are here. If not, you should be.

Nevertheless, time marches on, recurring bits must recur, and contractual obligations must be fulfilled, so it falls to me now to announce the week’s least intriguing college football contest and I declare that the national game of disinterest is . . .

So I’m sitting there, minding my own business, watching my Thursday night Big East showdown like a good American, wondering whether I could get Erin Andrews to interview me if I pretended to be a little kid and let a player knock me down so hard that I started crying, when along comes halftime.

As regular readers of this weblog are aware, I watch ESPN with the sound turned down because it’s the only way I can keep myself from shooting the picture tube out of my television set with a handgun, and I prefer to reserve my more Elvistastic moments for eating fried peanut butter and banana sandwiches and singing karaoke during marriage proposals and suchlike.

It then became apparent that Mark and Lou were doing something contrived and cutesy about the upcoming tussle between the Panthers and the Fighting Irish. I almost turned the sound up so I could hear it, but I elected instead to imagine it in my head, because I knew it would be so much less insipid that way. (When I am actively trying to think stupid thoughts, I cannot make myself sound as idiotic as Lou Holtz and Mark May do when they are trying to sound intelligent. It is the price I continually pay for not having been born a moron.) 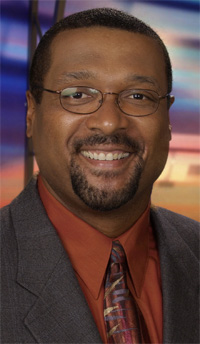 Due to a transporter malfunction, the smart, decent, non-goateed Mark May was stranded in a mirror universe where the ESPN logo depicts a dagger plunged through the center of a stadium full of sports fans. Wait, no, maybe there was no transporter malfunction, the good Mark May never left home, and we’ve just been living in the evil universe all the time. Yeah, that really makes a lot more sense, when you think about it.

I’m sure Lou did his usual spittle-flecked slobbering over Notre Dame and Mark offered his typical silliness on behalf of his alma mater, but here is my retort:

They’re Pitt and Notre Dame. We get it. We don’t care.

They’re not good. Even when they seem like they’re getting better, they’re still not good; they’re just benefiting from our lowered expectations. Yeah, they’re both 5-2, but against whom? No, seriously, I’m asking. Go ahead, take your time. Name a team either of them has beaten.

This is what I’m saying.

You want me to watch Pittsburgh playing Notre Dame? Fine; line me up with some grainy game film on ESPN Classic featuring Afros, tearaway jerseys, and Jackie Sherrill swapping stories of recruiting violations with Lou Holtz during the postgame handshake.

Making me watch these two teams play in 2008, though? No sale. I’m not being irreverent when I tell you these two teams are irrelevant. I’m not picking this game because that would require me to pay enough attention to it to find out afterwards who won.