I have posted my BlogPoll ballot, about which the discussion has begun and your contributions are welcome, but, while that conversation is ongoing, I will be moving from the macro to the micro by presenting my ranking of the twelve teams in the Southeastern Conference for this week’s S.E.C. Power Poll. Here goes:

1. Alabama: Duh! Yes, the Crimson Tide were fortunate to win each of their last two outings, but I strongly disagree with Poseur’s position "that good teams don’t win close games, they win by blowout." As I have pointed out before, such prolific point producers as Nebraska in 1983, Oklahoma in 1987 and 2003, Florida in 1995, and Southern California in 2005 all came up short in the end, while teams that knew how to win nailbiters (e.g., Georgia in 1980, Florida in 2006, Louisiana State in 2007) closed the deal. As long as ‘Bama continues to roll, the Red Elephants will remain on top on my S.E.C. Power Poll ballot.

2. Florida: Because this is a power poll ballot, I am varying the order of my BlogPoll ballot somewhat. While I believe the Bulldogs have a better overall resume than the Gators, the reality is that the Saurians appear to have overcome their early season sluggishness. Urban Meyer’s team put together what can only be described as a complete game against L.S.U., which is more than may be said of the ‘Dawgs in any of their non-patsy outings.

3. Louisiana State: Likewise, although the Bayou Bengals appeared exceedingly vulnerable in Gainesville and have inflated their resume by beating weak teams, the Fighting Tigers’ performance in Columbia was impressive, particularly in the aftermath of L.S.U.’s loss on the road. Les Miles’s squad overcame a deficit in a night game on the road, the play of the defense was much improved, and the two-quarterback rotation worked flawlessly. Louisiana State, like Florida, appears to be hitting its stride. Oh, swell. 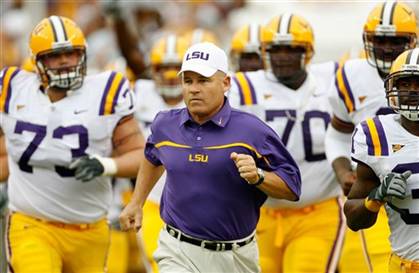 It turns out that the guy can coach, which is bad for me both as a Bulldog fan and as a smart-aleck blogger who benefits from being able to turn cheap shots into running jokes. Thanks a lot, Les.

4. Georgia: The ‘Dawgs have been dominant everywhere except on the scoreboard in their last two games. The offensive line is coming together under extreme duress, Mohamed Massaquoi and A.J. Green represent fine dual threats at receiver, and Knowshon Rockwell Moreno continues to be the player we believed him to be. The Red and Black routinely show flashes of brilliance, but injuries and execution continue to hamper the Classic City Canines, who face two of their three toughest tests of the regular season on the next couple of Saturdays. This ranking is wrong; we’ll know two weeks hence in which direction I erred.

5. Vanderbilt: The Commodores continue to occupy this spot because, and only because, they have a better record than South Carolina and they beat the Gamecocks head to head. The bloom, however, is off of the Vandy rose. The ‘Dores will get that elusive sixth win, and maybe even a seventh one somewhere, but we are at the point in the season at which the teams get tougher and the Commies’ depth issues become more pronounced. It’s mostly downhill from here.

6. South Carolina: I suspect it won’t be long before the Palmetto State Poultry overtake the Music City Sailors. The ‘Cocks played Georgia and L.S.U. within a touchdown due to the East Coast U.S.C.’s dominant defense and the Evil Genius’s offense at last is beginning to emerge. As long as Stephen Garcia is under center, by the way, they ought to call it the cocky ‘n’ fire, because he sure started trash talking in a hurry. The off-field troublemaker was so obnoxious in his first substantial on-field performance that even the officials wanted to lay him out, which means Garcia is now truly Steve Taneyhill for the new millennium, as he has replaced his long-haired Gamecock predecessor as the S.E.C. player I would most like to see prone on the 40 with his patella rolling to a stop at the 45. 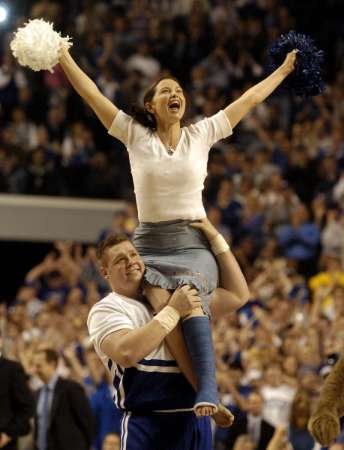 She’s Ashley Judd and she approves this ranking.

9. Arkansas: Wow, this is really starting to get embarrassing, isn’t it? The Hogs certainly appear to be improving, though, which bodes well for the Razorbacks’ future under the second, third, and fourth years of the Bobby Petrino regime. Yes, I chuckled a little when I typed that last part.

10. Auburn: The Plainsmen must be getting better, because I have no distinct memory of Tommy Tuberville’s Tigers sucking this past weekend. Oh, wait, they didn’t play, did they? Still, that’s progress, of a sort. . . .

11. Tennessee: The Volunteers led by three points at the half. At home. Against Mississippi State. And the Western Division Bulldogs held the overall advantage in time of possession. The Vols are bad, but they remained outside the cellar because fellow SB Nation blogger Joel, a U.T. fan, sent me this link. 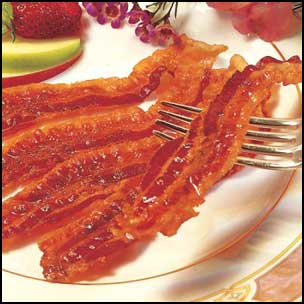 12. Mississippi State: Is there even an argument that this isn’t the worst team in the S.E.C.? Well, yes, there is, as a matter of fact. It’s possible that the Magnolia State Mutts aren’t "bad," per se, they’re just postmodern deconstructionists who reject "offense" as a social convention imposed by the patriarchy. Yeah, that’s got to be it. They’re left-wing academics with an aggressive agenda of social reform. In Starkville, Miss. With cowbells. Is it possible to ring a cowbell within "scare quotes"?

That, my friends, is how the Southeastern Conference stacks up right about now. I’m just as amazed as you, really.