The weekend is almost over and we have had ample opportunity to reflect upon the latest college football action, so the time has come for us as BlogPoll voters to take a stand by casting our ballots for the top 25 teams in the land.

Although I considered ranking a team with two losses this week, I didn’t see one such squad that truly separated itself from all the others, so I put together a wholly unsatisfactory list of unbeatens and once-beatens, which produced this dog of a ballot:

Let’s start with the easy one: Texas (7-0) is No. 1, and it isn’t even close. Four of the Longhorns’ wins came over teams with winning records, only one was against an opponent that is more than one game below .500, and none of their victories came against a Division I-AA squad or by a single-digit margin. The ‘Horns have back-to-back quality victories over Oklahoma (6-1) and Missouri (5-2), the most recent of which wasn’t remotely as close as the final margin suggested. The ‘Horns are No. 1 with a bullet, period.

I went back and forth over which team to place in the second spot, though. Ultimately, I came down on the side of Alabama (7-0) rather than Penn State (8-0), but it was a close call. Discounting the Nittany Lions’ meaningless season-opening victory over Division I-AA Coastal Carolina, both teams have beaten seven Division I-A opponents, including two with winning records.

Although ‘Bama had to survive scares at home from Kentucky (5-2) and Ole Miss (3-4) while P.S.U. throttled all of its opponents, the Crimson Tide have the better pair of quality wins, as a road victory over Georgia (6-1) and a home win over the Wildcats outclass home victories over two 4-3 teams in Oregon State and Illinois.

There was a significant drop-off between No. 3 and No. 4, but the next spot in the standings went to Oklahoma State (7-0). Half of the Cowboys’ six Division I-A victories came against teams that are over .500, including a marquee win at Mizzou which was followed by a win over Baylor (3-4) in which the Pokes showed no letdown. O.S.U.’s unbeaten record and quality victory kept the team in the top five. 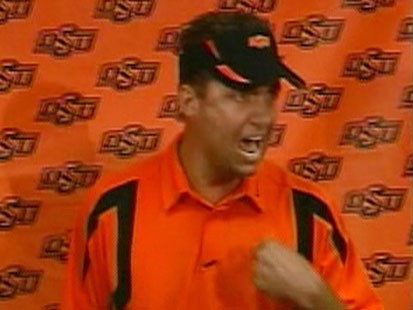 Once again, the best of the once-beatens was Southern California (5-1). The Trojans’ close loss in Corvallis becomes less damaging as the Beavers continue to improve and U.S.C.’s season-opening triumph at Virginia (4-3) gains greater luster as the campaign continues. The Wahoos are one of three teams with winning records to have lost to the Men of Troy by large margins and Pete Carroll’s club boasts a pair of quality wins over Ohio State (7-1) and Oregon (5-2). Southern California did not receive extra credit from me for scoring 60+ on Washington State (1-7), because, honestly, who hasn’t scored 60+ on the Cougars?

The Sooners, victors over Texas Christian (7-1), Cincinnati (5-1), and Kansas (5-2), earned the No. 6 ranking ahead of the Buckeyes, whose wins over Minnesota (6-1) and Michigan State (6-2), while impressive, carry less heft than Oklahoma’s best triumphs. Ohio State is not helped by the magnitude of the beatdown it received in Los Angeles---Bob Stoops’s troops at least were competitive in Dallas---nor by a tight win at Wisconsin (3-4) which looks increasingly suspect.

What tipped the balance in favor of the Red and Black were the facts that (a) Georgia beat Vanderbilt (5-2) to give the ‘Dawgs a pair of at least moderately respectable wins, and (b) three of Florida’s five wins came against teams with 3-4 records . . . and so did the Gators’ home loss to Ole Miss, which lacks a resume comparable to Alabama’s, no matter how close the Rebels came to pulling off the upset in Tuscaloosa. I would respectfully suggest to those of my colleagues who have Florida ranked more than one spot above Georgia that they are paying too much attention to two games---U.F.’s win over L.S.U. and the Red and Black’s loss to ‘Bama---and are ignoring completely the two teams’ achievements against the remaining opponents on their respective schedules. (Certainly, such voters are not looking beyond the final score when comparing Georgia’s and Florida’s wins over Tennessee.) 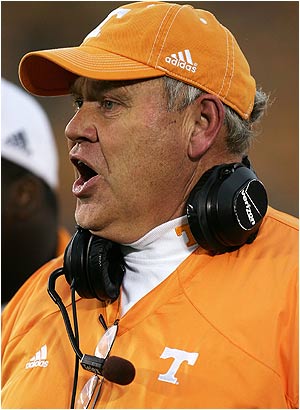 A pair of college football’s less impressive unbeatens appears at Nos. 10 and 11, in the form of Texas Tech (7-0) and Utah (8-0). The Red Raiders’ unblemished record and margins of victory cannot be ignored, but Mike Leach’s squad did not rank higher because Texas Tech has not beaten a Division I-A opponent with a ledger better than 4-3, two of the Red Raiders’ seven victims were Division I-AA squads, and the gunslingers from Lubbock struggled at home with mediocre Nebraska (4-3).

That, though, was better than the Utes had to offer, as the club from Salt Lake City has played in a trio of nailbiters against a schedule that features Division I-AA Weber State and five victims with losing records. Utah’s win at Michigan (2-5) has lost all its luster, but the Utes made it to the cusp of the top ten on the strength of a win at Air Force (5-2) and a victory over Oregon State that is gaining value.

The cumulative value of wins over South Florida (6-1), Iowa (5-3), and Navy (4-3) helped Pittsburgh (5-1) to overcome the Panthers’ loss to Bowling Green (3-4) enough to receive the No. 12 ranking. Despite beating only one team with a winning record and losing handily to Oklahoma, T.C.U. vaulted itself into the top 15 with a convincing win over Brigham Young (6-1).

I haven’t done the math on this, but, if it’s still possible for every team in the A.C.C. to go 4-4 in conference play and have all 12 league members finish in a six-way tie for last (or, I guess, first) place in its division, that will come to pass in the most crushingly mediocre B.C.S. conference. The fact that Georgia Tech (6-1) and Boston College (5-1) were able to give the illusion of being worthy of top 15 rankings attests to this sad state of affairs.

Which A.C.C. really is more deserving of an automatic B.C.S. berth?

The Yellow Jackets, of course, got the nod because they defeated the Eagles head-to-head, but egad! Boston College is the Golden Tornado’s lone Division I-A victim with a winning record and the Ramblin’ Wreck’s pitiful resume includes two Division I-AA opponents (one of which the Engineers barely beat) and a narrow escape against a Clemson team in total disarray that now boasts a 3-4 record. The Eagles have a victory over Virginia Tech (5-2) and not a whole heck of a lot else. I’ll be glad when every team in the A.C.C. has two losses and I can drop the lot of them from my ballot.

The Bulls rode their win over the Jayhawks and their quality loss to the Panthers to a No. 16 ranking, ahead of the Bayou Bengals, who have bolstered a resume weighted down with a huge loss to Florida and wins over Division I-AA Appalachian State and winless North Texas by putting together a respectable road win over the Gamecocks.

Boise State (6-0) edged out Ball State (7-0) because the Broncos’ best win (at Oregon) trumps the Cardinals’ best win (over Navy). A close road win over an Illinois club with a 4-3 ledger, coupled with a road loss to Ohio State, gave the Golden Gophers the upper hand over Florida State (5-1), since the Seminoles have a less impressive close road win over a Miami (Florida) club with a 4-3 ledger, coupled with a less impressive home loss to Wake Forest (4-2).

If it is not clear to you by now that there are not 25 teams deserving of a top 25 ranking, the fact that Northwestern (6-1) received the No. 22 spot on my ballot should make that reality readily apparent. Close road wins over a .500 Duke club and the Hawkeyes are all the Wildcats can claim, but it’s better than the resume compiled by the Bearcats, half of whose Division I-A wins were close scrapes against a schedule that includes no bowl subdivision teams with winning ledgers. 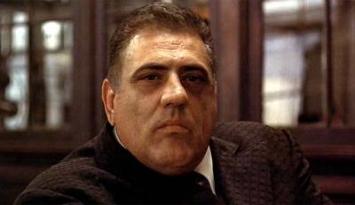 How did Brian Cook get me to list 25 teams on my BlogPoll ballot? He got Luca Brazi to hold a gun to my head and he told me that either my brains or 25 teams would appear on my ballot.

This brings us to Tulsa (7-0). There is no reasonable measure by which the Golden Hurricane’s undefeated record is worthy of inclusion in the top 25. More than half of Tulsa’s wins came against the likes of Division I-AA Central Arkansas, North Texas (0-7), Southern Methodist (1-7), and U.A.B. (2-6). The Conference USA frontrunner’s best win is over Rice (4-3). Make no mistake: Tulsa is this year’s Hawaii.

Let’s not mince words. This ballot sucks. Please, please, please, please make an argument for one of the two-loss teams to be included in place of any of the bottom six or seven teams in my top 25. I didn’t find one that really seemed to separate itself from the pack of other twice-beatens, but I am more than open to hearing a defense of one or more of those squads. I’m begging you.

Finally, for what it’s worth, I watched the Florida State-N.C. State game on Thursday and the Boise State-Hawaii game on Friday before attending the Georgia-Vanderbilt game with my son, Thomas. Being a five-year-old boy, he wasn’t able to make it all the way through the whole game, so I listened to part of the contest on the radio on the way home---and, man, was this ever a game when I was glad not to be listening to Larry Munson, who would have seen doom and gloom in every second-half snap---before tuning in to the Michigan-Penn State and Louisiana State-South Carolina games later in the day.