Now that the BlogPoll has gone big-time, our draft ballots are due earlier, so the need for feedback has intensified, as we have 48 hours within which to reconsider, make revisions, and, with any luck, avoid getting singled out as the single daffiest voter in the blogosphere (which is every bit as dubious a distinction as it sounds).

Accordingly, I sincerely solicit your constructive criticisms concerning the following:

In spite of the fact that the Tide were idle, Alabama (6-0) claimed the No. 1 ranking ahead of Texas (6-0) because the ‘Horns have little heft to their record of achievement outside of their Red River Rivalry Shootout victory. Both ‘Bama and Texas beat Arkansas (3-3), so those victories essentially cancel each other out, even though (for what it’s worth) the Red Elephants beat the Hogs on the road and the Burnt Orange took care of the Razorbacks in Austin.

I tend to think that an 11-point win over Georgia (5-1) between the hedges is more impressive than a 10-point win over Oklahoma (5-1) at a neutral site, particularly since Alabama led the Bulldogs by 31 points at halftime, whereas the Sooners were up on Texas by a 28-27 margin with a little over a minute to go in the third quarter.

Even assuming that we treat the Longhorns’ marquee win as more valuable than the Crimson Tide’s most sterling victory, though, what else does Texas have to offer? Alabama’s second-best triumph was over Kentucky (4-2); surely that achievement is superior to Texas’s win at Colorado (3-3), and, even if it isn’t, the Red Elephants’ neutral site demolition of Clemson (3-3) undoubtedly is superior to the Burnt Orange’s win over . . . whom, precisely? Rice? U.T.E.P.?

By beating Missouri (5-1), Oklahoma State (6-0) vaulted itself into the No. 3 spot, beating out Penn State (7-0) by virtue of the Cowboys’ quality road victory over the Tigers. The Nittany Lions have no comparable victory which justifies putting P.S.U. ahead of O.S.U., but respectable wins over a trio of 3-3 teams (Illinois, Oregon State, and Wisconsin) were adequate to cement a spot in the top five for a Penn State squad that has dominated every team it has faced. 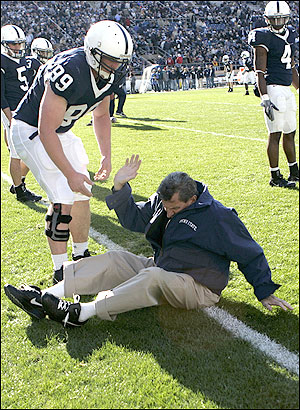 I’m sure that Joe Paterno deserves every bit of the credit for his team’s present success.

The highest-ranked once-beaten squad is, of course, Southern California (4-1), which possesses two increasingly worthy pelts (Ohio State’s and Oregon’s) and lost a close one on the road, albeit to a Beaver team that sits at 3-3. The direction Oregon State takes will have quite a bit to say about how high U.S.C. is able to rise.

Although the margin ended up being too large truly to credit the Sooners with a quality loss in Dallas, O.U. lost a competitive game to a top two team and is able partially to offset that setback with wins over Cincinnati (5-1) and Texas Christian (6-1). The Bearcats received serious consideration for, and the Horned Frogs earned inclusion in, my top 25, but Oklahoma dropped behind the Trojans because Bob Stoops’s troops own worthless wins over Division I-AA Chattanooga and winless Washington.

A win over Michigan State (6-1) that looks better and better with each passing week earned California (4-1) a spot in the top ten, but a bad loss at erratic Maryland (4-2) dragged down the Golden Bears somewhat. The Spartans, whose victims include Notre Dame (4-2) and, now, Northwestern (5-1) on the road, snagged the spot just behind Cal, who handed M.S.U. the very definition of a quality loss: on the road against a good team by a close margin. 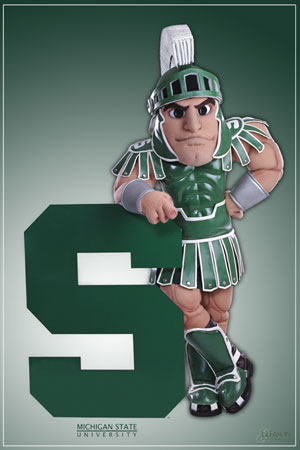 Florida (5-1) narrowly missed out on a place in the top ten because the Gators have beaten only one team with a winning record and, given the dubious resume compiled by Louisiana State (4-1), it is highly questionable how valuable Saturday night’s win in the Swamp truly is. Nevertheless, the win was a dominant victory over a top 25 team and three of the Saurians’ other four victims (Arkansas, Hawaii, and Miami) all improved to 3-3 over the weekend, but the presence of another 3-3 team (Ole Miss) in the loss column continues to arrest U.F.’s rise.

Although the Hokies’ best win (at North Carolina) is superior to the Buckeyes’ most impressive victory (over Minnesota), Virginia Tech (5-1) has yet to beat a Division I-A opponent with a record better than 2-5 by more than a touchdown and Ohio State (6-1) lost to Southern California in Los Angeles, not to East Carolina (3-3) in Greenville, N.C., so Jim Tressel’s squad got the nod.

Just behind the Hokies are the Tar Heels, inasmuch as U.N.C. (5-1) was dealt its only loss by V.P.I. Buoyed by wins over Connecticut (5-1) and the Fighting Irish, North Carolina overtook a Georgia squad whose best win was a narrow escape on the road against South Carolina (5-2). Pittsburgh (4-1) has a better marquee win (at South Florida), but the Panthers are hamstrung by an embarrassing home loss to Bowling Green (3-3). U.S.F. (5-1) checks in at No. 17, thanks to the Bulls’ win over Kansas (5-1).

All good things must come to an end, and, as some shrewd pundits predicted, Vanderbilt (5-1) fell to Mississippi State (2-4) in Starkville in a game that reminds us just how much S.E.C. teams chew one another up and spit each other out in conference outings. Still, the Commodores, like the Eastern Division Bulldogs, can claim credit for a win over the Gamecocks, so they remain in the top 20, just three spots behind Georgia. 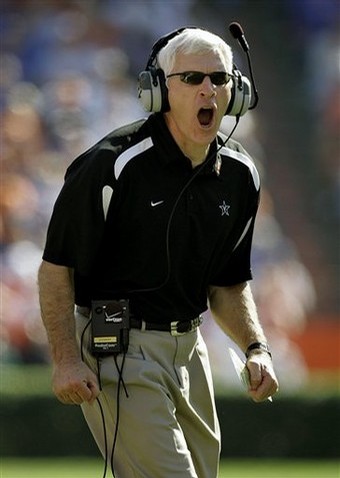 Relax, Bobby; you’ll get your shot at the ‘Dawgs on Saturday.

I’m not any happier about this fact than you are, but Wake Forest (4-1) staked a claim to the No. 19 ranking with four wins over B.C.S. conference teams, two of whom the Demon Deacons beat on the road and none of whom have losing records. Ordinarily, that would get a team much higher in the poll, but a home loss to Navy (4-2) and the fact that the Deacs’ best win came against a Florida State club that is nowhere near as good as its 4-1 record limit Wake’s potential considerably.

Mizzou barely clung to a spot in the top 20 after the Tigers lost to the Cowboys because, despite Missouri’s dominance in its five victories, the team has yet to beat a Division I-A team with a winning record. Still, a neutral site win over Illinois and a road win over Nebraska (both of whom are 3-3) count for something, so Gary Pinkel’s crew remains ranked in spite of how ridiculous Chase Daniel looks on the sidelines with his hat on backwards.

I’m sure I raised an eyebrow or two by ranking Ball State (7-0) ahead of Utah (7-0), but hear me out on this one. The Cardinals and the Utes each have one meaningless victory over a Division I-AA opponent (Northeastern and Weber State, respectively) and one relatively low-value victory over a 2-4 Big Ten team on the road (at Indiana and at Michigan, respectively). 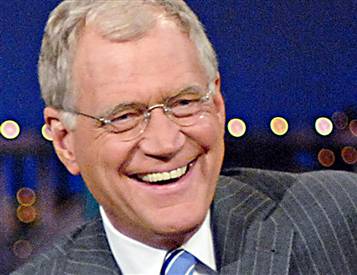 Also, my inability to get to sleep before 1:00 a.m. for the last 20 years is not attributable to my having spent my college days staying up late to watch a University of Utah alumnus on T.V.

Admittedly, the Utes also have a narrow escape over Oregon State one week after the Beavers’ upset of the Trojans, but there’s more to Ball State’s resume than meets the eye. The Cardinals went on the road and claimed a 17-point victory over Akron, a team that came within two points of upsetting what everyone agrees is a pretty good Cincinnati team. B.S.U. beat by 22 points in Bloomington a Big Ten team with a record identical to that of the Big Ten team Utah beat by two points in Ann Arbor . . . and Brady Hoke’s club went on the road and beat by 31 points a Toledo team that just waltzed into the Big House and beat the Wolverines by a wider margin than the Utes did. Although the call is a close one, Ball State has earned a higher poll position than Utah.

The Jayhawks have no quality wins, but their quality loss (by a narrow margin on the road against South Florida) permitted them to land one spot above Les Miles’s squad, which is giving new meaning to the question, "L.S.Who?" A Bayou Bengal squad that I fully expected to romp in the Swamp got outclassed in every way in Gainesville, and what does Louisiana State have to counterbalance that black mark on its record?

The Fighting Tigers began the season by beating Division I-AA Appalachian State and winless North Texas. L.S.U.’s best victory was a road win over Auburn, which sounds good until you consider the facts that the Plainsmen are 4-3 overall, they are 2-3 in S.E.C. play, and they scored 21 points against the Bayou Bengals during a four-game stretch in which A.U. managed three against Mississippi State, 14 against Tennessee, and 13 against Vanderbilt. The 24 points L.S.U. surrendered to Mississippi State are the most the Western Division Bulldogs have scored against a Division I-A opponent all season.

The only thing that kept Louisiana State in the top 25 at all was the dearth of quality teams below L.S.U., which is why T.C.U., owner of a victory over Stanford (4-3) yet little else, made the grade by having beaten handily the six opponents not named Oklahoma to have appeared on the Frogs’ schedule thus far. It ain’t much, but it allowed Texas Christian to edge the Bearcats---also losers to the Sooners in Norman, but whose best victory was at Marshall (3-3)---for the final spot in the top 25. 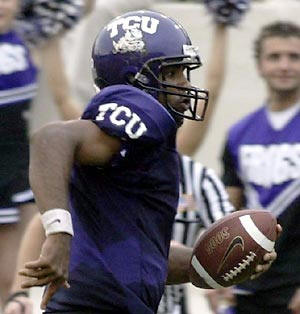 At the end of the day, there just aren’t 25 teams that deserve to be ranked in the top 25.

Two teams that were given consideration yet failed to make the grade were Brigham Young (6-0) and Tulsa (6-0). Emboldened by Dr. Saturday’s defiant leap from the B.Y.U. bandwagon and the resultant sense that I ought to reconsider my previous reconsideration, I omitted the Cougars and the Golden Hurricane because neither has beaten a Division I-A team with a winning record, neither has faced anything resembling a quality opponent, and both had to survive scares on the road against horrible teams: B.Y.U. beat Washington (0-5) by one in Seattle and Tulsa beat Southern Methodist (1-6) by six in Dallas. Between them, the best win either of these two teams has is over Rice, and that just won’t cut it.

Florida State, Minnesota, and Northwestern did not receive serious consideration because nothing in the Seminoles’, Golden Gophers’, or Wildcats’ wins appeared even remotely adequate to overcome their respective losses, although I remain open to arguments to the contrary. Georgia Tech did not receive serious consideration because that is what a 10-7 win over Gardner-Webb will do to your credibility.

I watched most of the second half of the Florida Atlantic-Troy game on Tuesday night and the entirety of the A.C.C. field goal-fest that was the Clemson-Wake Forest game on Thursday night. Circumstances placed me in a pizza restaurant in Clemson, S.C., on Friday night for the first five minutes of the Louisville-Memphis game, which I listened to part of on the radio on the drive back before getting home in time to catch the last five minutes of the contest in my own living room. I attended the Georgia-Tennessee game on Saturday, heard the first half of the Florida-L.S.U. game on the radio on the way home, and saw a good bit of the second half of the Missouri-Oklahoma State game upon my return. During the latter, my wife informed me that Erin Andrews’s earrings were gaudy and atrocious, whereupon I informed my wife that I had not hitherto noticed that Erin Andrews was wearing earrings.

In closing, I would like to reiterate that the purpose of posting my preliminary ballot at this point is to invite questions and comments regarding unconventional rankings, of which I suspect there are many to be found. Please feel free to point out the flaws in this ballot below.